My "BFF" is starting rumors about me 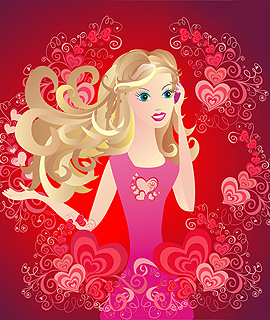 I found out, just recently, that my best friend ever, has been talking behind my back! She is starting rumors that I have a crush on this really gross kid named John. I don't like him at all.


She's telling everyone that I want to kiss him on the lips and go out with him! I don't. She keeps denying it, but I know that it's true. What should I do?


Hey girl! It’s never fun to have gossip started about you and it can be way humiliating to deal. It's even worse when you find out that a so-called friend is firing up the rumor mill. Uh oh.

Put it into perspective


Well, at least she's not telling the world that you actually kissed John or exposing some of your juicier (and true!) secrets. Having people think you like someone you don’t might seem awful and give the wrong impression, but there are worse things she could be saying, like you have bad B.O. or funny hair.

Tell your pal to stop the talk


Let your lady know that you don’t like John and would really appreciate it if she stopped telling people that you did. Ask her to put herself in your shoes and how she would like it if you were saying these mean things about her. Confront this chickadee one-on-one or write her a little note. Tell her how you feel—you thought you two were the best of the bests, but since she's spreading rumors about you, you feel like there's a problemo. Ask her what's up and give her a chance to explain herself before you act any further. There's gotta be something that caused her to do this, so start investigating.

People often make up rumors to make a person mad, so ignore everyone, play it off and just act major chill. If someone says, "OMG! I heard that you wanna marry John!" play if off with a cas, "Nope. Negative!" or catch 'em back with a sarcastic comment, "Yeah, I'm already planning the honeymoon." But whatever you do, don't bad mouth John, either (a.k.a. don't shoot back with a "John!?" GROSS!" every time somebody asks). Yeah, he  might be a "really gross kid" but he's also a person with feelings. So, just give off a killer-chill vibe and lay low.


And while it might seem tempting to make up a rumor about your friend to get her back, that will only lead to bigger problems. Do your best to diffuse the situation by pretending like it doesn’t bother you. That’s one of the best ways to make her stop.

POSTED IN 411 on fighting with friends, by bestie is spilling my secrets