Is Shein really worth it? 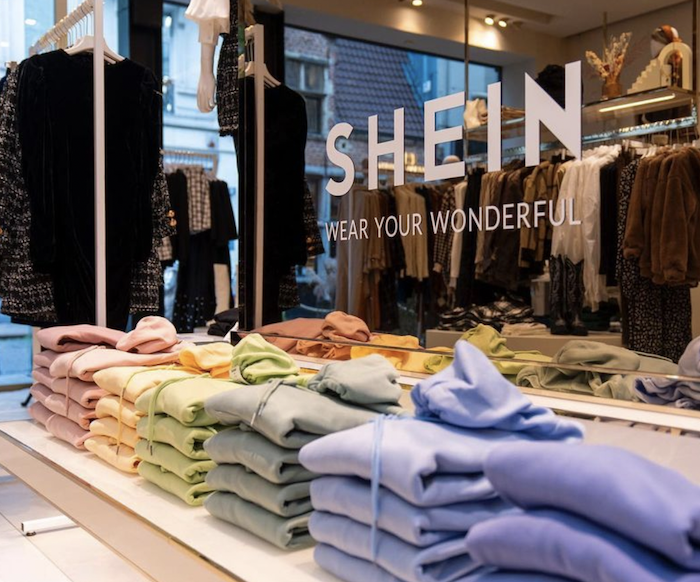 Shein is one of the most popular clothing sites in the world.

The infamous black and white Shein tag is everywhere: your most stylish BFF's shirts, in thrift stores and on your TikTok FYP in the form of $500 hauls.

The brand is known for cheap and stylish clothing—and for poor quality and environmental concerns. For said reasons, many people have a self-imposed ban on any and all Shein products.

Who's right? Is Shein really that bad?

If you haven't been formally introduced to Shein, let me do the honors. According to its website, Shein is a "global fashion and lifestyle e-retailer committed to making the beauty of fashion accessible to all."

According to Sensor Tower, Shein has overtaken Amazon as the most downloaded shopping app in the United States. The company works like this: They initially order small shipments of new clothes, judge how many people order them and then respond accordingly. They will speed up supply and demand in only a few hours, something a lot of smaller stores don't have the option to do. (Source: The New York Times)

A post shared by The Business of Fashion (@bof)

There is validity behind those who support Shein's affordable fashion. In the past, being fashionable was only available to the upper-middle class and those who could afford trendy clothing. Shein gives those with lower incomes a chance to buy stylish clothes without breaking the bank. For instance, on Zara a white t-shirt is $27. On Shein, a similar-looking shirt sells for $8.

But this begs the question: How is Shein creating, designing and making a profit off an $8 t-shirt?

What, or rather who, is being exploited along the way?

The truth is, it's hard to definitely say. Shein is unclear at best about their supply chain and working conditions.

We have little idea beyond what they say on their website about treating employees fairly. However, from what we've seen on a small scale, Shein isn't being totally honest about their employee care.

Not only are workers paying the price, but the planet is as well. Again, Shein is ambiguous about their environmental impact.

Despite not knowing the exact numbers, Remake (a nonprofit working against the fast fashion industry) gave Shein 0/150 points for environmental care. The main reasons for Shein's low ranking were a lack of transparency, intentionally deceitful marketing about the environment and proof of environmental waste from other sources.

Unfortunately, Shein isn't exactly alone in its harmful practices. All fast fashion companies (yes, all of them) exploit workers and harm the environment through the rampant churn of cheap clothing.

By its mere presence, companies like Shein promote the constant need to buy new clothes. Their overall goal is to make you feel like you always need to be on trend so you rush to their page and buy their products.

And guess what? It's working. The average American wears their clothes 7 to ten times before they throw them away.

The result of the constant cycle of buying and throwing away?

According to Martina Igini for Earth.org, "Nearly 92 million tons of clothing waste end up in landfills. This means that the equivalent of a rubbish truck full of clothes ends up on landfill sites every second."

Buying from Shein once doesn't make you an awful person. It's hard to resist the lull of cheap, trendy clothing—and sometimes, that's all we can afford. However, buying consistently from Shein or other fast fashion sites, when you can afford not to, is irresponsible.

Before you shop online, think: will I wear this in a year? Is there something I can thrift, borrow, make or reuse instead of buying something new? Our future could depend on it.