There's no one who knows fall fashion better than the icon herself, Taylor Swift. And while she may be best known for brilliant lyricism and ballads that leave you speechless, Taylor also has quite the eye for fashion. With the release of her tenth studio album Midnights, what better way to celebrate than to pull some much-needed inspo from her wardrobe? Here are a few fall looks you'll love if you're a Swiftie. 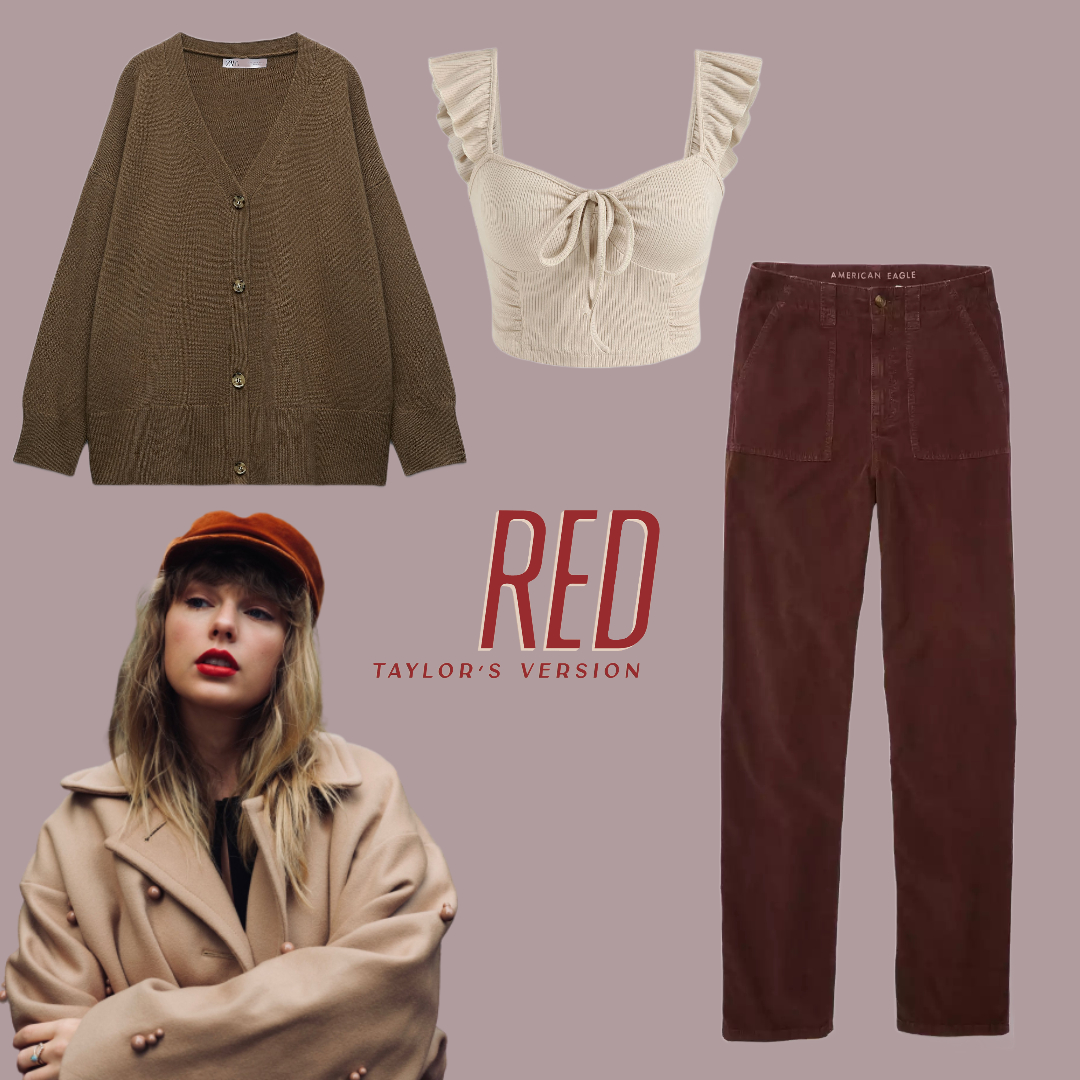 Red (Taylor's Version) was released in early November of last year, but it's never too late to celebrate the re-recording of one of Taylor's best bodies of work. Red (TV) has all the fall feels and boasts a color palette that was *made* for autumn. It's the perfect outfit for listening to "All Too Well (10 Minute Version) (Taylor's Version)" at full volume—plus, it truly captures the essence of the szn.

An outfit that *never* goes out of style 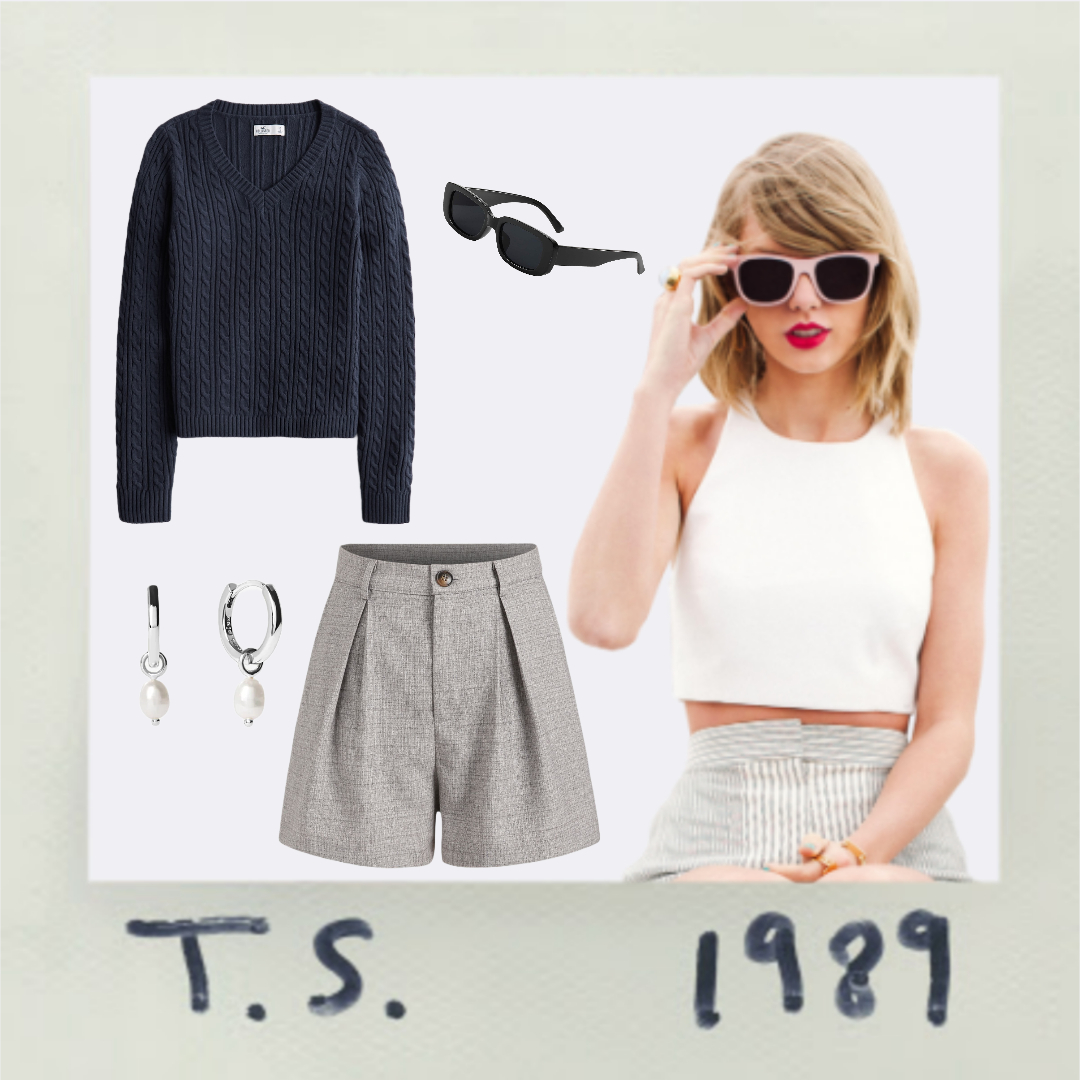 One of Taylor's most iconic eras? 1989, hands down. Her music was full of a bright new pop sound and her style was became more notable as she began to rock a more distinguished and personal look. She had a few staples from this time—one word that perfectly encapsulates her wardrobe during this era is classy. Her attire was girly and cute but also carried hints of sophistication and elegance. There's never been a better time to reminisce about the era that *never* goes out of style. 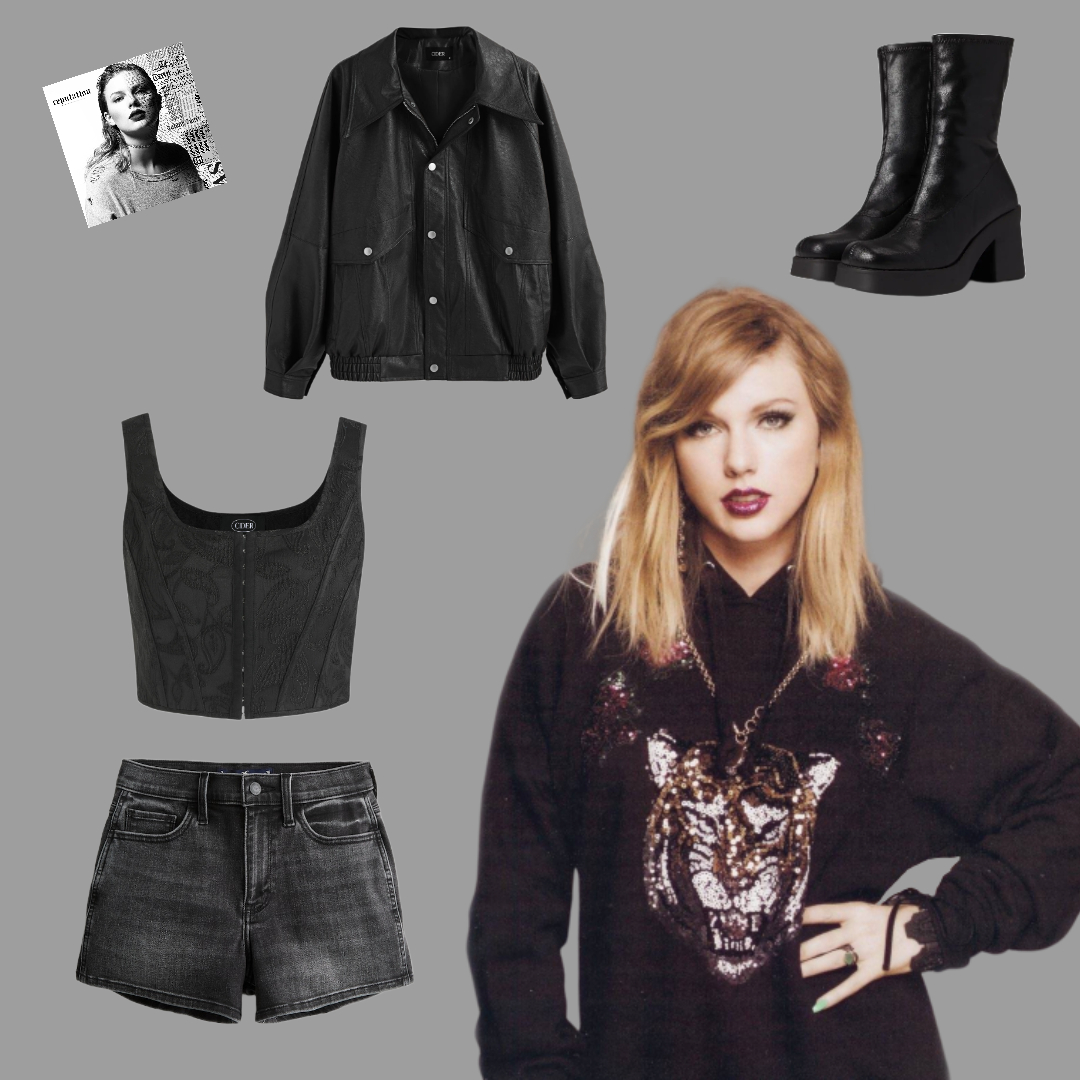 When you're looking for something a bit edgier, Taylor's reputation era is the perf place for inspiration. Swift's sixth studio album carried a dark aesthetic and showed a whole new side of herself. Maybe you need that extra boost of bravery or want to push yourself out of your comfort zone while still feeling like yourself. If so, this look is the *perfect* fit for you. It can be mixed and matched and has tons of versatility, while still maintaining that dark aesthetic. 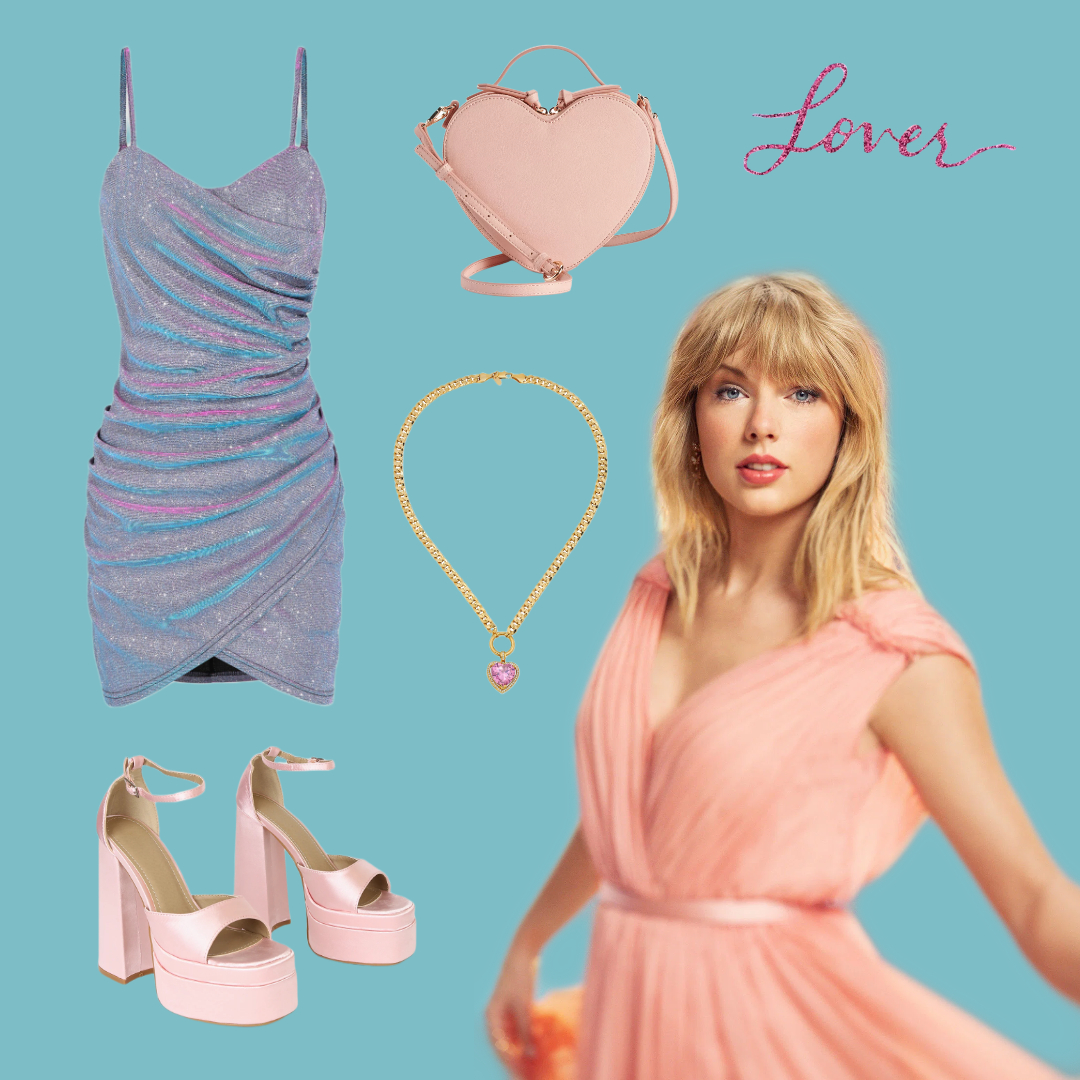 Taylor's seventh album, Lover, brought a new, brighter color scheme after the darker aesthetic of reputation. Lots of rainbow and technicolor palettes were used in the cover art, various photo shoots and many music videos promoting this era. Pastel colors were a big part of Taylor's style in this time period, and we saw a lot of her wardrobe incorporating light blues, pinks and yellows, as well as glitter and sparkly designs. If you're looking for a cute, formal fit inspired by this pop album, this look is perfect for you!

And finally, a look if you love folklore 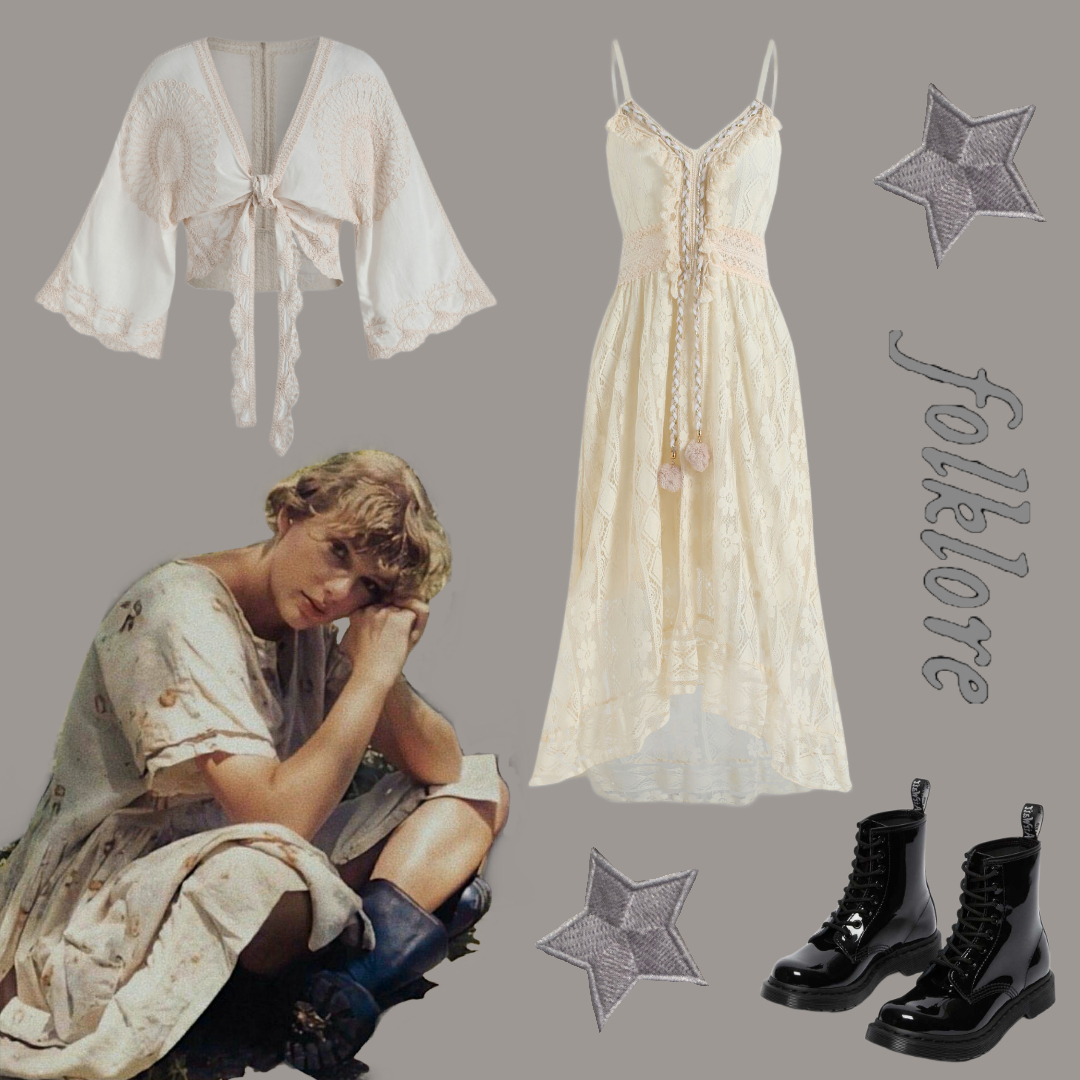 Taylor released folklore in 2020 (much to the surprise of her fans). Swifties were used to months of promo and music videos in advance and the anticipation that builds prior to an album release, but Taylor decided to drop the album in its entirety without any prior hints. And while it was a shock, the world immediately fell in love with her album's new sound and cozy aesthetic. This outfit is the perfect casual look that still captures *all* the folklore vibes. You may even pair it with a certain cardigan to really complete the look.

Need the latest Taylor content? We've got you covered:

Slider image: @taylornation by @valheria123 via Instagram
All GIFS via GIPHY