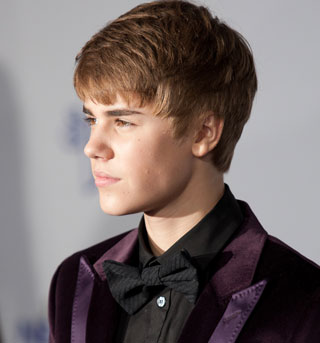 Did you catch the Grammy Awards last night? Hands down, the biggest buzz has got to be Justin Bieber’s loss of the Best New Artist trophy to jazz singer Esperanza Spalding (yeah, we didn’t know who she was either).


While the 16-year-old superstar didn’t seem terribly distraught when cameras captured the moment his name wasn’t called as the winner, it appears he let his REAL feelings show behind the scenes.

One of our very reputable sources was backstage last night and had the following to report: “Bieber had a mini meltdown when he didn’t win Best New Artist. Usher put his arm around him and said, ‘It’s OK.’ He shoved Usher away and said, ‘Get off me.’”

Ouch! Sure, the Biebs took to his Twitter and mentioned his disappointment, saying, “As for the awards…of course I wanted to win. Its been & still is a dream to win a grammy. Was I upset…yes. But I was happy for her also.” But seriously, Justin, do you have to go storming and causing a fuss like that?

In other Justin news…did you see rumored GF Selena Gomez’s reaction when her lovebug lost to Lady Gaga for Best Pop Vocal Album? The cutie walked away without giving the pop queen a congratulatory hug. Hmmm…

Tell us: Do you think Justin deserved to win? Or was this babe being too much of a baby? Dish it, girls.