Keep your eyes peeled for this new teen rom-dram 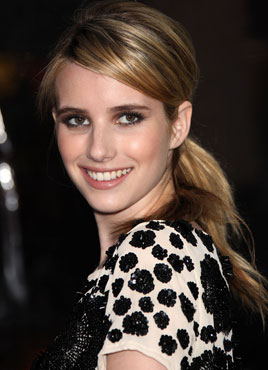 She may currently be killing it on the big screen in Scream 4, but Emma Roberts will be tackling a much different role this summer. The 20-year-old cutie is teaming up with 19-year-old British babe Freddie Highmore in Fox Searchlight’s The Art of Getting By, set to hit theaters nationally this July.

An official selection of the Sundance Film Festival, the two star as Sally and George in this indie romdram, which focuses on a high school senior who must make up a year’s worth of assignments in two weeks to not only graduate, but hopefully snag his crush.

Think you’ll check out this flick? Blog about it, babes.