Joe Jonas is taking the plunge 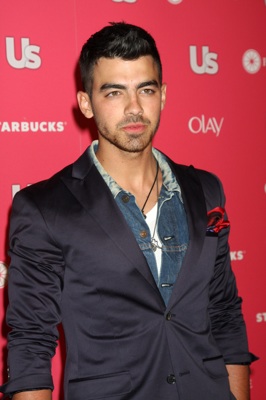 And (officially) going solo that is!
News just broke that Joe’s first single (without his brothers) “See No More” is set to hit radio June 3. Co-written by Chris Brown, it has some major potential to be a mega hit! And it all leads up to his big debut, yet to be named, solo album, set to hit stores September 6.
Think Joe’s making the right move, branching away from his bros? Will you take a listen to “See No More”?
In other Jonas news, younger bro Nick is rumored to have a new gal. People.com claims Nick was spotted over the weekend with Aussie pop star Delta Goodrem, tightly gripping her hand while exiting the Arclight Cinema in Hollywood on Sunday. We’re not too sure the eight-year gap (Delta’s 26!) is worth it though, Nick. What do you think? Blossoming couple or just really tight buds?
Blog about it, babes.