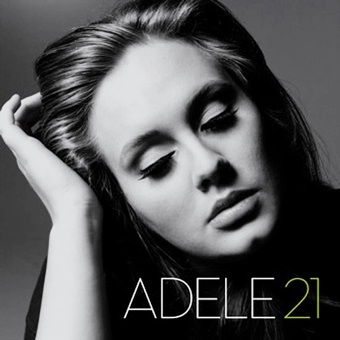 Did you remember to check out the 2012 Grammy nominations on CBS?  Some of our fave music moguls of the year made the list, including Kanye West, Adele, Bruno Mars, and many more. Take a peek at the top five categories we're looking forward to:

We're def pulling for Katy Perry in this one.  “Firework” was the tune of the summer, not to mention the album as a whole.

Nicki Minaj stepped out onto the scene with a bang.  Our guess? She'll be sticking around for a while. Minaj gets our vote.

Song of the Year:
"All of the Lights" - performed by Kanye West, Rihanna, Kid Cudi and Fergie
"The Cave" - Mumford & Sons
"Grenade" - Bruno Mars
"Holocene" - Bon Iver
"Rolling in the Deep" - Adele

Yeah, sure, maybe "Rolling in the Deep" played on the radio to the point of driving you crazy, but it's obvi a huge hit. Nobody brings up heartbreak in a catchier way than Adele.

TSwift fans, unite. You know we have her back for this one. Sorry, country stars, but Taylor Swift is just too relatable to pass up.

We're gonna have to side with Gaga here.  Pop music is always best when you can sing along, and Gaga's got that down.

The Grammy's air on Feb. 12. Tune in to see the winners unveiled!

Which artist are you rooting for this time? Blog about it, babes.
Love this post? You'll heart these, too!