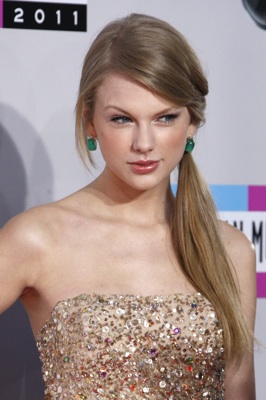 Well, according to reports it’s another famous singer. Sources exclusively revealed to PerezHilton.com that T-Swift and Parachute frontman Will Anderson are, well, more than just friends.


It’s no secret the two have been spotted hanging out recently. Photos were snapped of the lovebugs strolling through Nashville during the Thanksgiving holiday. And the source even claims Will recently explained the meaning behind his song White Dress to the audience at a show, claiming he, “wrote it for a ‘good friend’ who is also a well known singer.” Interesting!


Do you think Will and Taylor make a cute match? Blog about it, babes.
Love this post? You'll heart these, too!