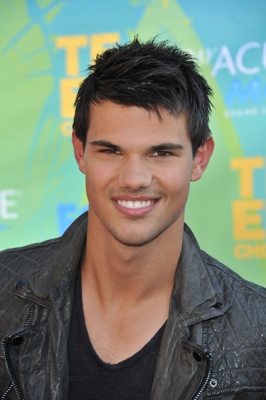 Well, we wish they were our best friends! Here’s a list of those stars we’ll all be wishing a Happy Birthday this month. Don’t forget to send them good vibes on their very special February day.

Darren Criss has not only become part of McKinley High’s New Directions, but he also starred in January as J. Pierrepont Finch in How To Succeed In Business Without Really Trying on Broadway. Happy 25th to you too, Darren! Wonder if you and Heather will have a joint Glee-tastic bash.

Emma Roberts turns 21. Maybe her and rumored ex Chord Overstreet will reconcile before their special days. Yep, he has a February b-day too!

We think this month should be National Team Jacob month as Twilight heartthrob, Taylor Lautner, turns 20.

We definitely hope that So Random’s Tawni Hart has a great 26th birthday. Not only is it her birthday, but it’s her first Valentine’s Day with her hubby. (Congrats!)

Well, Chord, call us if you’re still single and need a special sweetie by your side when celebrating your special day.

This Victorious chick will rock out as she celebrates her golden birthday (19 on the 19th!)

Maybe Rihanna will find love as she celebrates her 24th birthday. Yea, we kinda thought she was older too.

Our fave child star becomes an adult this month! We wish Dakota many more years of acting success and a very happy 18th birthday.

If you could wish your celeb BFF a happy b-day, who would it be and what would you want to tell them? Blog about it, babes.