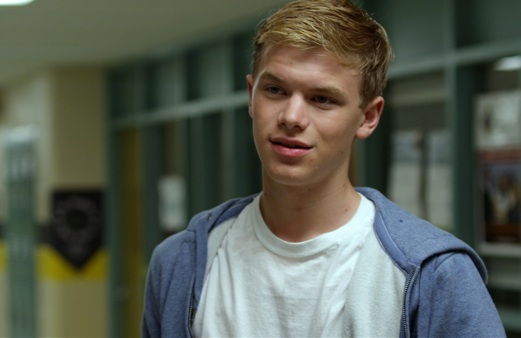 Former Shake It Up star Kenton Duty is about to release a new movie, Contest, Sunday, Oct. 6, at 6 p.m. ET/PT on Cartoon Network, and GL has the exclusive first look of his music video "Breaking the Surface," a track featured on the flick’s soundtrack. This fun, moving video is made of clips from the movie and will get you super pumped for the premiere.

So what exactly is Contest? It’s a story of bullying, challenges and unexpected connections. The flick is set in a small-town high school where Kenton Duty stars as Matt Prylek, an ultra popular jock, and the ringleader of the bullies. Matt has it all: good looks, slick skills and college recruiters wanting him for their swim teams. But it’s all in jeopardy once Matt and his buddies toss their favorite target Tommy (played by Daniel Flaherty) into the pool…in the direct view of new security cameras. Matt is suspended from the team, but is offered a deal from the Assistant Principal: If he heads up an anti-bullying campaign and reconciles his relationship with Tommy, his suspension will be dropped.

Eager to not lose any scholarship opportunities, Matt agrees to take on the tasks. Meanwhile, Tommy finds solace from his constant bullying by spending time in the kitchen, working on his cooking and is even convinced to enter a TV “Teen Chef” cooking contest with promise of a large cash prize.

The unexpected occurs when Matt steps in, offering to help Tommy in the contest and become a friend to him, protecting him from the other bullies. Cautiously, Tommy agrees to let Matt in and the two start to bond. But Matt soon begins to wonder how much he is still pretending to like Tommy versus how much he might actually be connecting with him. As the contest grows closer and secrets start to reveal themselves, betrayals appear evident and old emotions start to resurface. What’s gonna happen?

Contest is one new flick not to be missed. Help recognize National Bullying Prevention Month this October by grabbing your friends and tuning in.

But first, check out the exclusive music video premiere of “Breaking the Surface” below…

Have you ever dealt with bullies in school? What’s one way to stand up to a bully? Share in the comments below.

POSTED IN entertainment, movies, television, Cartoon Network, Shake It Up, Celebs, Kenton Duty, watch this, bullying 101, how to deal with a bully 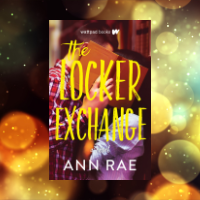