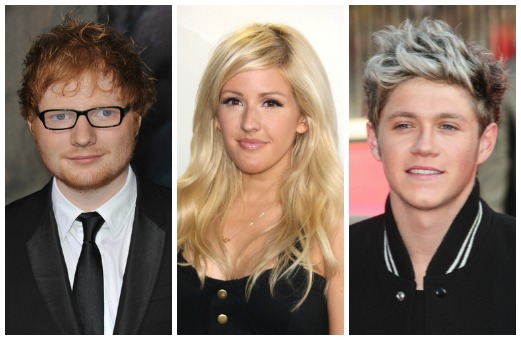 The weekend is finally here and we couldn’t be more excited. Take some time to relax and give yourself a well-deserved break from the stress of school by catching up on the latest Hollywood happenings. From dating rumors to behind-the-scenes footage, we’ve got it all. Who is “back to normal” and which buds are possibly no more? Read on to find out!

This has been one crazy year for Demi Lovato and her hair. From blonde to blue to pink and everything in between, we’ve seen it all. We loved how Demi rocked her rainbow locks with such confidence and it made us want to go add some color of our own. With the Neon Lights Tour coming to an end, though, Demi revealed this week that she’s decided to go back to brunette—and plans on keeping it that way (at least for the time being) to give her a hair a much needed break. Demi looks fab in any hair color and we are excited to see what style she goes with in the future.

It’s no secret that we love Cody Simpson. And when we found out that he was releasing a music video for his new single “Surfboard,” we squealed with excitement. The music video hasn’t been released yet, but Cody gave us a behind-the-scenes look this week on what to expect when it does. (Spoiler alert! It includes his ah-dorable GF Gigi Hadid). Between Dancing with the Stars rehearsals and creating new tunes, we’re hungry for more from this Aussie cutie.

Check out the behind-the-scenes vid below…

Speaking of Dancing with the Stars, anyone who’s been following this season can see there is passion when Big Time Rush’s James Maslow and partner Peta Murgatroyd dance together. It’s probably why there is a new dating rumor about them every week. These two obviously get along and have a great friendship, but could there be more? James Maslow opened up this week about how he is dating, but not in a relationship, which makes him single. Wait what? “I think there’s a difference between dating and being in a relationship with someone,” he was reported as saying. There is no indication on who he is seeing, so fingers crossed that Team Jeta becomes more than a dancing duo.

The tracklist for Ed Sheeran’s upcoming album x has been released and Ed opened up this week about the song “Don’t.” Apparently, the girl Ed was dating ended up cheating on him with a friend of his and Ed releases his emotions in the tune. As everyone attempts to figure out the culprits, many fingers are pointing to Ellie Goulding…and 1D’s Niall Horan! Ellie and Ed were apparently an item for a hot second. But remember when she was spotted with Niall, too? We love Niall and Ed’s friendship and hope that these are just ugly rumors and that these boys will stay friends. Who do you think Ed’s song is about?

WIN BIG! Step into spring with style with our March giveaway.