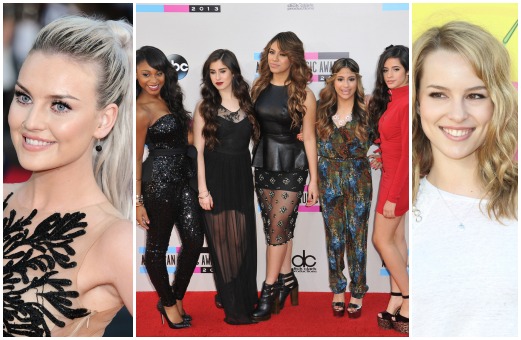 Another week has passed, which means there have been seven days for our fave celebs to make jaw-dropping news. From surprise cancellations to amazing previews, this week had it all. Get the scoop on what’s been happening with the stars below.

It’s no secret that we were super excited for Little Mix’s Salute Tour to hit the United States—which is why we were so upset when we heard some crushing news this week. The girl group announced that they’re cancelling their US tour! These girls put on a stellar live show, so it’s understandable that fans were heartbroken at the thought of no longer seeing them live. Fear not, though. The gals claim the reasoning for cancelling is so that they can put 100 percent into their new album. And we all know that a new album equals another tour in the near future.

The list of nominees for the 2014 Emmys was revealed this week and we couldn’t be more excited for some of our fave shows and actors to get the recognition they deserve. Among the elite list? Good Luck Charlie, Dancing With the Stars, Modern Family and So You Think You Can Dance. We’ll be rooting for our faves to win when the awards show airs Aug. 25 on NBC.

President Snow has another announcement to the people of Panem, reassuring them that everything is under control and that they must work together now more than ever before. Ha, as if we would ever listen to him. The point is, two new Mockingjay previews have surfaced and we’re pumped. It starts with President Snow talking and then has others interrupting with an even more important announcement about how the Mockingjay lives. This super creative preview leaves us wanting more. Too bad we have to wait until Nov. 21 for Parr 1 to hit theaters. Check out the preview here.

This years’ MTV Video Music Awards are coming up and we are even more excited for it now that we know who will be performing live at the show. Not only will the show be full of celebs and acceptance speeches, but it will have some stellar performances from the likes of Usher and Ariana Grande. And we learned this week that the performance list will also include 5 Seconds of Summer! Make sure to tune into MTV on Aug. 24 to catch all of the action.

The highly anticipated new song from girl group Fifth Harmony finally released this week. Woohoo! After listening to the same few songs for a year, it’s super nice to have new tunes on our playlist. The girls’ newest single “BO$$” is all about taking control and being a strong woman, how cool is that?! Their music video only adds to the song’s fierceness, making us want to get up and dance. Warning: you won’t be able to get this tune out of your head for the rest of the day. Check out the music video here.