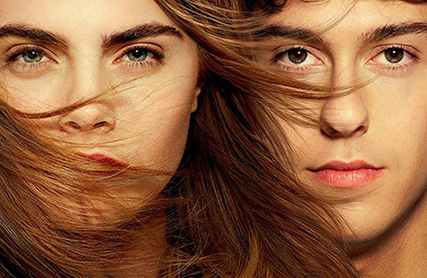 After last year's summer flick The Fault In Our Stars became the hot movie of the season, we knew it was only a matter of time before filmmakers started looking at TFIOS author John Green for more inspiration. It wasn't long before they found Paper Towns, another of Green's novels, this time focusing on a girl named Margo and a boy named Quentin.

In the book, Margo and Quentin are former childhood friends who've lost touch over the years. In one crazy night, the two reunite to get revenge on the people who've hurt them, but after Margo goes missing the next time, Q must piece together all the clues she's left behind in order to fine her in time.

When Nat Wolff – who also starred in the movie adaptation of TFIOS – was cast as Q and Cara Delevingne landed the role of Margo, we knew the movie was going to turn out great. And now we have our first piece of evidence, the new full poster for the film. Check it out below. 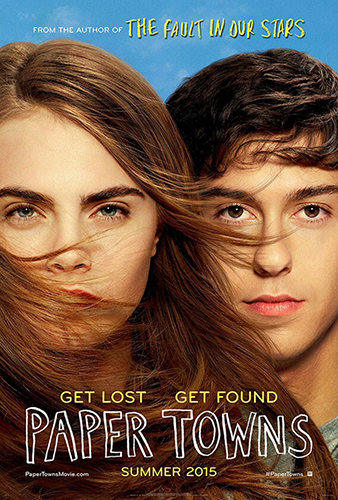 What do you think of the poster and the movie's casting? Are you excited to see Paper Towns? Share in the comments.

POSTED IN movies we love, The Fault in Our Stars, Nat Wolff