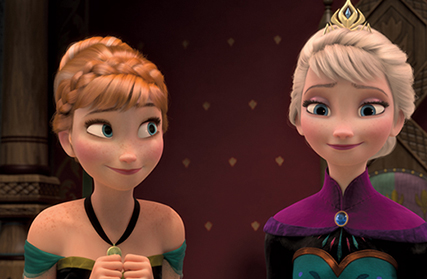 Rumors of a Frozen sequel have been going around for a while now, but when the short film Frozen Fever was announced, we thought that was the best we were going to get. It turns out, though, that all those wishes we made are finally paying off. That's right: the Frozen cast and crew are coming together to make a whole new, full-length feature film!

The news was announced earlier today at Disney's annual shareholders meeting and we honestly couldn't be more thrilled. We've been gearing ourselves up all week to see Frozen Fever before Cinderella in theaters tomorrow, so we were already pretty excited when the song from the short was released earlier this morning (check it out on iTunes to hear Elsa and Anna celebrating a birthday and looking out for each other as always), but this news blows everything out of the water.

Directors Chris Buck and Jennifer Lee already have a plot in mind for the sequel, and though they're not spilling quite yet we don't doubt it's going to live up to the hype. After all, these are the people who put together the first Frozen, so it's clear they know what they're doing. We can't wait to hear even more details about the upcoming film, but for now the news that it's really happening is enough.

Are you excited for a Frozen 2? What do you want the film to be about? Dish in the comments below.