Did the Pretty Little Liars finale raise more questions than it answered? 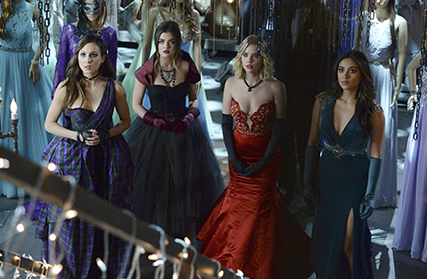 Last night after years of wondering, we finally got one of the biggest answers in Pretty Little Liars history. We found out who had stolen the game from Mona back in season three and tormented the girls ever since. The answer, though, was not what was expected at all.

Instead of pointing the finger at a character we already know, Big A was revealed to be Charles, someone omnipresent throughout the series but (as far as we know) only ever seen underneath that black hoodie. Though now we know that Big A is Charles, lots of fans are instead asking who Charles is – and what he has against the girls.

Judging by the home video Spencer saw, we have some idea how he fits into the Rosewood world, but not too much of how he fits into the storyline. According to showrunner Marlene King's Twitter Q&A, though, we'll find out everything we want to know in Season 6 over the summer. "Tonight is the beginning of the end of our BigA story... Our world is about to change dramatically," Marlene wrote, adding, "You will know the answers to every big A question I can think of by the end of the summer."

Marlene also weighed in on another topic fans have been talking about: a time jump. "I did say we're going to do a four-year time jump and we will honor that before the end of season six," she revealed. "It's really exciting I can't wait to see the girls after they come back from college. It's going to be awesome."

Did you watch last night's crazy finale? What were you most shocked by, the A reveal or the Mona surprise? Let us know in the comments.