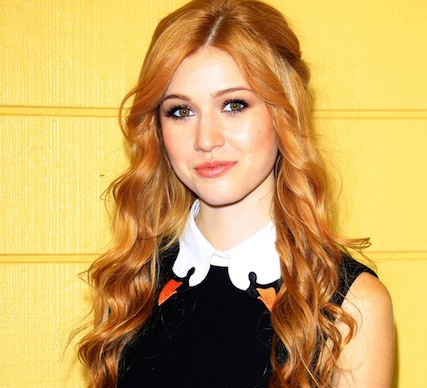 When we first heard about ABC Family's new TV show Shadowhunters based off Cassie Clare's The Mortal Instruments series, our first question was the same as everyone else's: Who's going to play Clary?

Lily Collins rocked the role in the movie version, and TBH we were worried that someone else wouldn't be able to live up to her performance. Consider us relieved, though, because ABC Family has officially announced that Kat McNamara has snagged the role—and she's basically perfect!

Once she goes back from her current blonde hair to her natural red, Kat will look exactly like how we always imagined Clary, and we have no doubt that she'll embody Clary's smart, strong personality amazingly, too.

With Kat as Clary and Dominic Sherwood as Jace, we'll definitely be tuning in. Plus, Simon and Isabelle have also been cast, with Alberto Rosende and Emeraude Toubia picking up the roles. This show is going to be awesome.

Are you excited to see Kat play Clary Fray? What do you think of Shadowhunters' casting so far? Tell us in the comments.