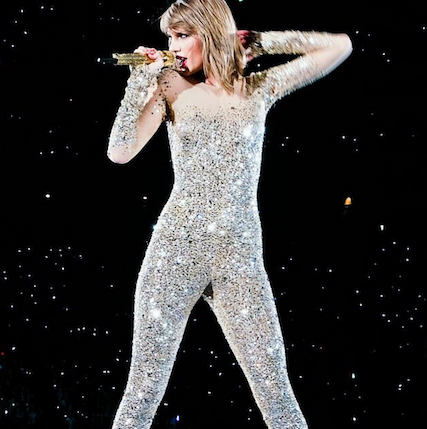 With celebrity matchmakers, incredible music, a Twitter scandal and TV news galore, this week had it all. Read on to find out what your favorite stars were up to this week and what hot entertainment news is coming down the pipeline.

Talvin, aka Taylor Swift and Calvin Harris, might just be the hottest couple of the year, but apparently it’s all thanks to Ellie Goulding. The singer, who’s friends with Tay (and even appeared in her “Bad Blood” music video) and exes with Calvin, apparently thought the two would be perfect together—and went out of her way to make it happen. “I did play matchmaker,” Ellie admitted. “I thought, they’re both really awesome and both really tall—they’ll be brilliant together.” Though we’re not sure about basing relationships on height similarities, we’re pretty glad Ellie got these two together, no matter her reasoning.

In maybe the best news of all time, Disney has announced that they’re working on a new TV show continuing the adventures from Tangled. With both Mandy Moore and Zachary Levi reprising their voice roles, Rapunzel and Flynn will be joined by chameleon Pascal, mischievous horse Maximus, the Snuggly Duckling Pub Thugs and Cassandra, a new character who’ll play confidant and handmaiden to our favorite long-locked blonde. The catch? It’s not coming until 2017, and we’re not sure we can wait two full years. Here’s hoping.

Gilmore Girls might’ve aired it’s last episode just over eight years ago, but that doesn’t mean the show is old news. It’s basically a classic, and one that will always be dear in our minds (even more so now that it’s on Netflix and we can rewatch and binge to our heart’s content). After Scott Walker, who played Luke Danes, teased a reunion a la Fuller House, we’ve been crossing our fingers, and with a star-studded meet up at the ATX Festival this weekend, featuring pretty much all the main actors (Lorelai’s Lauren Graham and Rory’s Alexis Bledel, natch, plus Paris, Emily Gilmore, Lane, Michel, Jess and Dean amongst others) and executive producers Amy Sherman-Palladino and Daniel Palladino, we’re holding our breath for good news.

After one of his tweets went viral, Drake Bell’s name was all of a sudden Twitter trending right next to Caitlyn Jenner’s, but not exactly for the best reason. The former Drake & Josh and live-action Fairly OddParents star tweeted, “Sorry…Still calling you Bruce,” after Caitlyn had made her debut as a woman with her new name, and plenty of fans were rightfully upset by the comment. Calling someone by the wrong name is rude, but calling someone trans by their former name is an act of prejudice. Luckily, Drake realized his mistake and tried to make amends: “I sincerely apologize for my thoughtless and insensitive remarks. I in no way meant to hurt or demean those going through a similar journey… I deeply regret the effect they’ve had on so many.”

Amongst all of the teasers they’ve shared for their new songs dropping on their Sometime Last Night July July 10, we almost missed the release of their newest song “All Night.” The jam had us dancing around our rooms and singing along. It wasn’t just R5’s week to shine, though: Ross also shared his own new song. “On My Own,” written with help from his bandmates, is totally sweet and emotional, and straight from the Teen Beach 2 soundtrack. With a ballad like this in the movie, we can’t wait to see some seriously romantic scenes.

What celeb made you go “OMG!” this week?