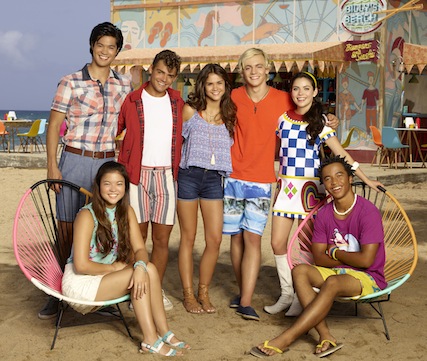 With only a few hours left until tonight's Teen Beach 2 premiere (don't forget to watch on Disney Channel at 8 p.m.), we're basically bouncing out of our chairs in excitement.

We gave you a ton of behind-the-scenes sneak peeks in our June/July issue featuring cover girl and TB2 star Grace Phipps, but now we've got even more exclusive content for you from the interviews we conducted on set. Check out what each star had to say about the highly-anticipated sequel and sure to be hottest movie of the summer.

On top of that, we've also got a glimpse from Monday's Teen Beach 2 film premiere, including the performance from star Ross Lynch's band R5. Ready?

Are you counting down the minutes until tonight's television premiere? We can't wait to watch!

Photos and video credit to: Disney