Exclusive: Kelsea Ballerini talks her debut album, what's next and going back to school 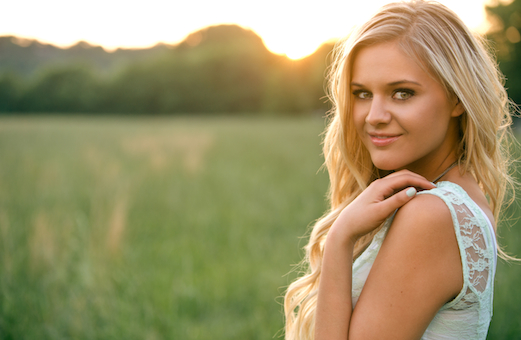 21-year-old Kelsea Ballerini is no stranger to the music industry. Though it's only been a few months since she released her debut album, The First Time, she's been song-writing since she was 12 and even moved to Nashville, Tennessee at the age of 15 to pursue her dreams. After being hired as a writer in 2013 and securing her own record deal not long after, she's been working hard to make the music that she wants. If you don't already know her name, you will soon enough—she's already setting records and touring like crazy. Despite her busy schedule, Kelsea found a few minutes to talk to GL about her awesome cowriters, her hit songs and her back-to-school strategy. Check it out, and don't forget to grab our exclusive Kelsea Ballerini locker decorating kit below.

GL: Your first single "Love Me Like You Mean It" just went gold a little while ago. Congrats! How does it feel?

Kelsea: Thank you! You know, I remember writing it and just believing that it has some kind of cool purpose, but for it to be my first single and first number one and first gold record is insane. The last number one from a debut female was Carrie Underwood's “Jesus Take the Wheel” and she's had such a brilliant career since then; it just makes me so excited to have a such a cool starting point to keep going from. I mean, it’s my first single you know, it’s really cool thing.

GL: And you followed it up about a month ago with "Dibs," right?

Kelsea: I did, yeah! You know, I’ve been so excited about that song. Radio Disney and Sirius XM the High Way have been nice enough to have been playing it for a couple months now. So it’s already had this really cool life that we just were really excited to continue. And for me like, with “Love Me” and “Dibs” I feel like both of them are in the vain of just confident and flirty and empowering which I think is so important for girls to have. 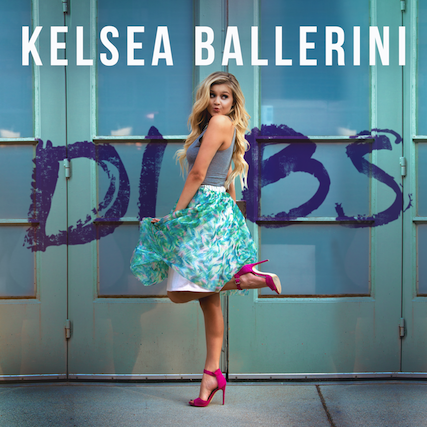 GL: But you've got some more serious and emotional songs, too.

Kelsea: Yeah. My label was nice enough to let me write on every song on this album, so I really wanted to just be a walk-through of me in my life. I wanted to have the fun youthful playful side, but I also wanted to have the real side. So there’s a song called "Second Hand Smoke" about my parents splitting up when I was 12 and there’s a song called "The First Time" about letting love go. There’s definitely realer stuff on there, which I think as an artist it’s your job to be that, to be real and vulnerable.

GL: How did you get started writing your own songs?

Kelsea: I always loved music growing up and loved storytelling, but I always thought of them separately. One day I started writing poems and then I would just sing them, put a melody to them and it turned into songwriting. As soon as I knew that it was songwriting, it just clicked with me and I knew that’s what I was supposed to do with my life.

GL: What was the first song that you wrote?

Kelsea: The first song I wrote was called “Oh Mama.” I actually had forgotten it was Mother’s Day the next day, so I wrote my mom the song the night before and that was kind of the starting point.

GL: What'd your mom say when she heard it?

Kelsea: Oh, she cried. My mom is always one of the first people I play my new music for, and it's basically because she always tells me she loves whatever I write. I need that little bit of reassurance first before I can move on and share my songs with anyone else. 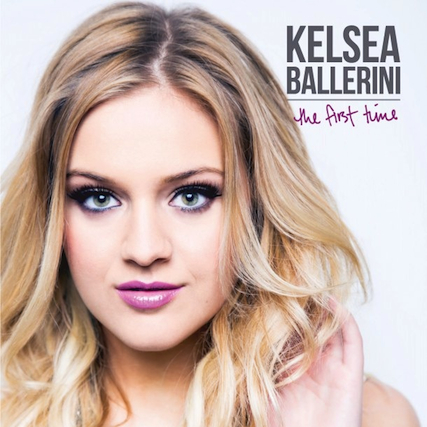 Kelsea: It depends, if I write stuff by myself I can take my time and lock myself away in a room for a couple hours and just kind of do it however I want to do it. In co-writing it’s different because it's different styles colliding. I actually just had my dream write with Hillary Lindsey who is so talented. When I came to Nashville at 15-years-old, I thought if I can just write with Hillary Lindsey once in my life I'll have made it. I got to write with her last week and I’m still on cloud nine. She’s influenced me so much as a female that wants to be a hit songwriter.

GL: That's awesome. Now that it's back-to-school time, we're working on our BTS playlists. Got any good suggestions?

Kelsea: Definitely Taylor Swift. Cassidy Pope's new single "I Am Invincible" is so fun and confident, too. I love when girls are strong and empowered, which is why Kelly Clarkson is my favorite artist of all time. I grew up listening to a lot of pop music, too, so Britney was always my go-to. We actually cover "Oops... I Did It Again" in our live show which is so amazing.

GL: We've also got an awesome back-to-school locker decorating kit from you which includes posters and everything. Whose posters did you have on your walls?

Kelsea: I was such a sucker for the Jonas Brothers. My walls were covered in Joe Jonas. And I was a big believer in making my locker cute at school. I’m not an organized person, but I always had a bunch of cute little locker shelves and magnets and pictures and all that fun stuff.

GL: Do you have any BTS fashion tips?

Kelsea: You know, the second high school that I went to was dress code, and it broke my heart a little bit because I couldn’t dress up how I wanted. You learned about headbands and shoes and jewelry, instead.

GL: Do you have any general back to school tips for girls?

Kelsea: Be confident. I think school is hard—more so then the school part, being that age is hard. People can be mean and people can be judgmental, but just being confident and being who you are and making good decision is important.

Are you a Kelsea Ballerini fan? Check out her back-to-school toolkit exclusively HERE and her album The First Time HERE.

POSTED IN GL Exclusive, snazzy school supplies, back to school, have a rockin' locker, Kelsea Ballerini