Uh-oh, Arianators, it looks like the Honeymoon period is over... 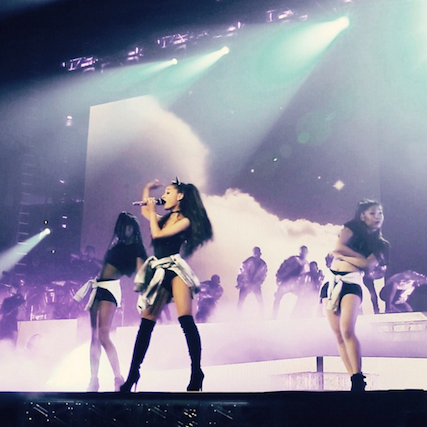 Though the Honeymoon Tour wasn't schedule to end for another week, Ariana Grande was bummed when she had to cut the show short.

With just four stops left in Abu Dhabi, London and Japan, Ari announced the news on Twitter that she unfortunately wouldn't be able to make it abroad.

Ari has yet to share the reason behind the abrupt cancellation (we're hoping it's nothing serious), but it's safe to say that her fans are disappointed that they'll have to wait another year to see the pop princess in person.

In the mean time, at least they can watch plenty of the live performances she's shared on her YouTube page—and, of course, her most recent music video, "Focus."

Did you attend a Honeymoon concert? What did you think of the performance? Share with us in the comments below!