Who's winning a Grammy tonight? Nominee James Bay weighs in 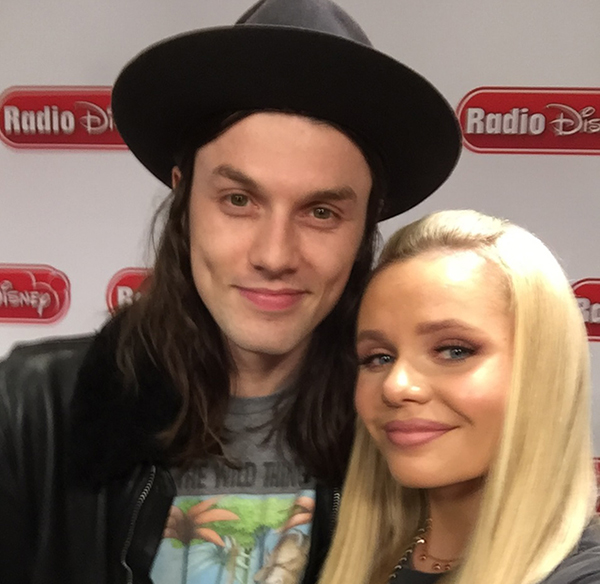 The 58th Annual Grammy Awards are tonight, and that means not only is it the biggest night in music, but it's also a huge night for fashion, celebs and suspense. With celebs dressing up for the red carpet and music from Taylor Swift, Ed Sheeran, Tori Kelly, Meghan Trainor and more battling it out for an award, it's sure to be an exciting night. You can check out the full list of nominees on the Grammys website, but is anyone else dying to find out who'll win album of the year?

"Taylor Swift feels like somewhat of a no-brainer," James told Alli. "It's a great album and she has had an enormous year - an enormous two years. It would be entirely deserved.”

His other theory? "I think it would be exciting as well to see Alabama Shakes take that award. I am a huge fan of the band. They are doing something else, very much their own thing, their own sound, and their own approach. And its a just a great sound, a great album, and they are just great people."

Tay isn't the only one having a big year, though. Alli Simpson also has cause for celebration. Not only is The Alli Simpson Show being renewed for a second year, but it will also be extended to become a three-hour block on Fridays from 7 p.m. to 10 p.m. PST. Alli has also been named Radio Disney’s Youth Engagement Officer, meaning Alli will continue to help create meaningful interactions with everyday teens regarding topics, trends and challenges related to their lives.

“I’m truly honored to be named Radio Disney’s ‘Youth Engagement Officer’ as it allows me to weigh in on the conversations that today’s youth are having,” shared Alli. “Radio Disney is the voice of the upcoming generation and to be a part of that team is really exciting.”

Her superstar BFF Gigi Hadid also weighed in. "Alli is able to connect with everyone she meets thanks to her genuine warmth and charisma: That is very clear not only while being interviewed by her, but also when listening to her on-air," Gigi said. "She’s an incredible & relatable voice for the young generation to be listening to and she will no doubt grow with her audience. I wouldn’t be surprised if Alli becomes a household-name radio/tv host."

Who are you rooting for tonight? Have you been listening to Alli's radio show?