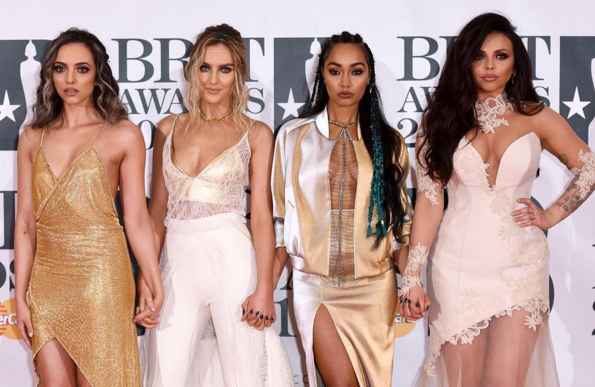 Another week finished, another week full of stories. Too busy to follow what was going on in the celeb world? We've got you covered.

You already know Louis Tomlinson as one of your faves from 1D, but who you need to get to know is Lottie Tomlinson. Lottie, Louis’s 17-year-old sister, has been taken on as Selena Gomez’s make-up artist for her upcoming tour starting in May! Having experience assisting 1D’s hair stylist on their tour, Lottie first met Selena backstage on The X Factor and impressed her when she touched up her make-up. Her beauty skills have already landed her 2.5 million Insta followers and the gig with 1D. Now, she’s set to tour with Selena—she def has made a name for herself!

Fans were pumped to see Little Mix perform their hit “Black Magic” at the Brit Awards this week, but many were disappointed with one of the props they had on stage. The prop was a sugar skull statue—aka a calavera—and many fans found it appropriative to use it simply as a fun backdrop for dancing. Calaveras are symbols and decorations used for the Mexican celebration the Day of the Dead, which is held to pray for and honor friends and family who have died. The skulls are meaningful to the holiday, so when LM included it in their show as just a fun decoration without acknowledging its heritage or meaning, some fans found it disrespectful—and took to Twitter to say so. The girls haven't weighed in on the controversy yet, but we're hoping they'll be more careful in the future.

This was definitely the week for new tunes. First, Demi Lovato released her anticipated video for "Stone Cold", a track off of her new album Confident. Then, to start the weekend off right, both Zayn Malik and Hailee Steinfeld released videos for “It’s You” and “Rock Bottom” ft. DNCE respectively. Check 'em out on iTunes to see what you think.

A Woman in Time

A Wrinkle in Time, originally written by Madeleine L’Engle back in 1963, is the next in a long line of reboots coming from Disney this year—and this week they added Ava DuVernay (the director of Selma) as the director. Since Hollywood is currently in hot water for not having many female directors, this was a big step for Disney. While no other official casting news has been announced yet, the search is well underway.

Vanessa Hudgens, recent star of Grease: Live! and forever queen of High School Musical, is stepping into a new role in NBC’s DC Comics comedy Powerless. The comedy, about an insurance company in the world of DC Comics, is the first half-hour series for the comic company. We can't wait to see Vanessa back on our screens on a regular basis—especially in a show that sounds *super* hilarious (get it?).