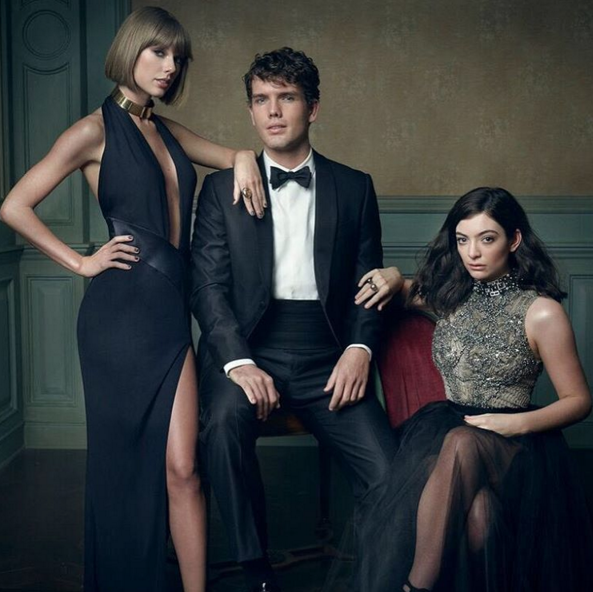 Movie trailers released, celebs making announcements, and the Oscars—it's been a big week. Find out what you might have missed below.

In one of her recent Insta posts, Bella Thorne showed off her new fur coat. She claimed the fur was fake, but fans quickly discovered otherwise. Hard-core fashionistas were quick to comment, stating that the coat was the Alice & Olivia Tierra Striped Fur Jacket, which is listed in its description as "crafted with super-soft rabbit and blue fox fur." Her rep claims Bella was told otherwise when she got it at a photoshoot and that she doesn't plan to wear it ago, but fans were not impressed.

The Oscars were on Sunday, and after so many years of anxious anticipation, actor Leonardo DiCaprio has finally won his Oscar! He nabbed the award for best actor for his role in The Revenant. Though we're sad to see all the Leo DiCaprio Oscar memes die, we're so glad to see him finally take home the trophy. The night was also an awesome one for fashion with stars like Taylor Swift and Lorde showing off some bold looks on the red carpet.

Is Louis returning to his roots?

One Direction star Louis Tomlinson got his start with the group when they were paired up on the British singing competition show The X Factor. Now, rumor has it that he might be giving back to the show that gave him his start by joining the panel of judges. While there's no official word just yet—and Liam Payne's name has also been thrown around as an option. "It’s really exciting. We’ve had no official conversation yet. But yes, I mean, why wouldn’t I?" Louis told The Sun.

A potential judge role isn't Liam's only tie to the show—he's also apparently dating judge Cheryl Fernandez-Versini, one of the mentors who helped give 1D their big break. Liam posted a picture of them together on his Instagram and the relationship seems to be getting serious. Though the two have a ten-year age difference (Liam is 22 and Cheryl is 32), they seem to be going great—and we have to admit, they look pretty cute.

Dance Moms favorite Maddie Ziegler has signed onto her new dance project—but it's not what you'd expect. Instead of performing, Maddie's signed up to be the youngest judge ever on So You Think You Can Dance: The Next Generation. Featuring contestants between the ages of eight and thirteen, SYTYCD will show Maddie teaming up with Nigel Lythgoe, Paula Abdul and Jason Derulo for season thirteen on Fox. Check out on May 30th when it premieres.