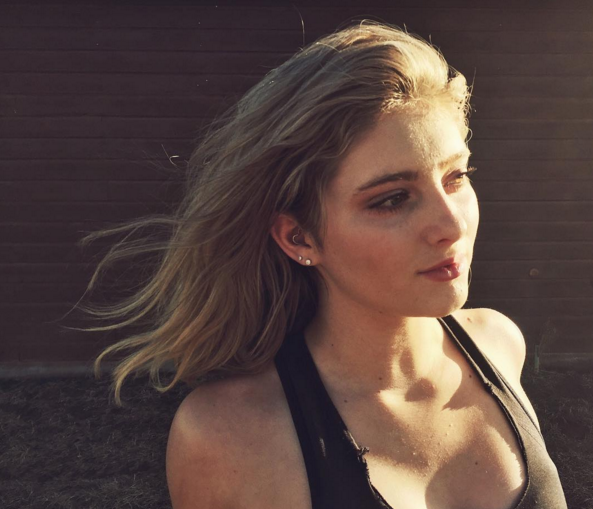 Today is just a little bit bittersweet. The Hunger Games: Mockingjay—Part 2 is finally being released on DVD and Blu-Ray, and though we can't wait to own it, we also know this marks the end of an era.

Now that you can officially own all four movies, it means there aren't any new releases to look forward to—except for all the behind-the-scenes goodies and special features you'll get with The Hunger Games Complete 4-Film Collection, including 13 deleted scenes from the first two flicks and the new Picturing Panem and Capitol Cuisine featurettes.

We chatted with this week's Bestie (and former GL cover girl) Willow Shields one more time to get the final scoop on these flicks. Check it out.

GL: We can't wait to see all the bloopers. Are there any funny moments that you're hoping made the cut?

Willow: Oh gosh, I mean we literally joked around so much. I’m hoping that there’s some clips of that. We always talk about it, but I think fans want to see a little bit of it themselves. Jen [Lawrence] is absolutely hilarious and we had a lot of fun, and I also thought Woody Harrelson was hilarious. You put Jen, Josh [Hutcherson] and Woody in the same room and it’s a disaster, it’s so funny. All of them have different senses of humor, but they all come together and it’s just like an SNL show. 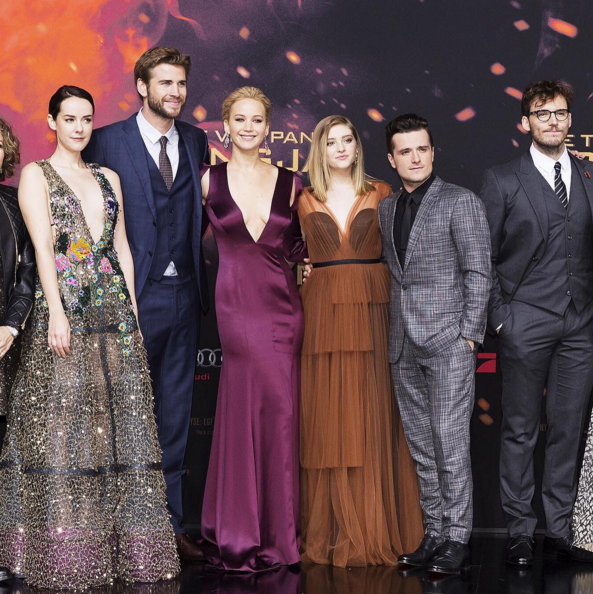 GL: We can imagine! Were there any times you were trying to film a serious moment and somebody just kept cracking you up?

Willow: There was one time we were filming and Woody was in the scene with us. I had to stay serious and it was just me and Jen on camera at the time, but he was standing where I could see for a sight-line. He just kept making ridiculous faces and joking around and trying to get us to laugh—and he kept cracking himself up, too. He was laughing so hard he fell on the ground and was rolling around on the ground laughing right in the middle of the scene—all while we were trying to stay really serious.

GL: Do you have a moment from the movies in general that was your favorite part to film?

Willow: I thought the reaping was so fun. I remember we just had hundreds of extras and it was a super, super hot day, but it was still really fun and it just felt like a really big movie set, which was really cool.

GL: You’ve grown up so much since we first met you as Prim. What’s it like to be able to see that growth in the film? What's the coolest thing you've learned from the experience?

Willow: Yeah, it’s really interesting, I mean that’s definitely something that was very dramatic for me, growing up on these movies over the span of so many years. I love that the fact that like I looked so young in the first movie and everybody just watched me grow up. And I looked so awkward at times, but it is what it is. I think I’ve learned a lot about acting and filmmaking in general. I think that for me, doing the films was like going to film school almost at a very young age, because I was practicing my acting every day and also learning from some of the best. I also was learning about filmmaking in general, the technical things behind it; that was kind of the biggest thing I took away from it.

GL: Do you have a favorite film from the franchise?

Willow: I really love Catching Fire. I don’t know what it is about it; I think visually I really love it and part of that is the environment, being in the tropics. I love water, I have like an obsession with the ocean, so that might be part of it. But also I just think that visually like cinematography and lighting and everything is so beautiful in that film. And Jen looks amazing in it. The story is just really good in it as well.

GL: As a member of District 12—and later District 13—you didn't get to wear any crazy Capitol clothes, but you did rock some awesome outfits on the red carpet. Do you have one premiere dress that was your favorite?

Willow: I think my favorite is the most recent one from the Part 2 premiere in Los Angeles. It was a Naeem Khan dress that was this hand-beaded ball gown, and it was just stunning. It was so heavy, but it just felt right and it just looked really nice on. Plus, who wouldn't want to wear a hand-beaded ball gown? It was kind of my princess moment of the entire series. 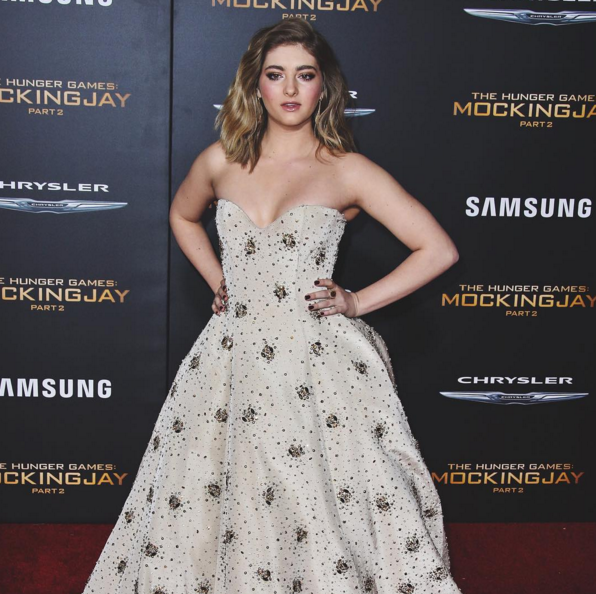 Are you a huge fan of The Hunger Games? How will celebrate the end? Tell us in the comments below—and sign up for our Bestie of the Week newsletter to learn even more about Willow this Friday!