Meet the teens of American Teen 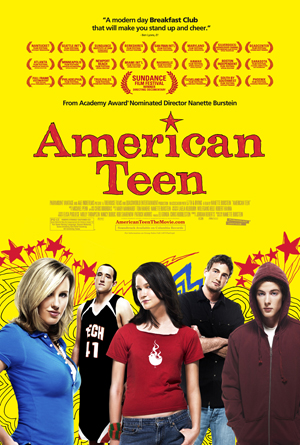 The Jock? The Geek? The Rebel? The Princess? The Heartthrob?

Who are you? By the time graduation rolls around, everyone has a high school. Some of us treasure these years of our lives and some of us prefer to forget them. So, for better or for worse, director Nanette Burstein has created the modern day Breakfast Club, American Teen.

Opening in limited release on July 25 and going nationwide in August, this documentary follows five seniors during their final days of high school and it’s already getting killer reviews. 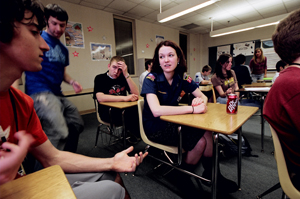 The Geek: Jake
Jake No. 1 priority his senior year? Get a girlfriend. This sensitive sweetie struggles socially. Can he overcome his insecurities and his true self shine?

The Jock: Colin
Most people think the star of the basketball team would have it all. And Colin does—all the pressure anyway. He’s trying to impress his school, his town, his family—and score a scholarship at the same time.

The Heartthrob: Mitch
When sports star Mitch decides to date boho Hannah, his rep is in danger of being ruined. Can the two kids from opposite sides of the lunchroom make it work?

The Princess: Megan
Her whole life, Megan has gotten everything she ever wanted. Now, she is waiting to see if her dream of Notre Dame will come true, too. But when her classmates threaten her rule of the school, beware. This chick is prepared to risk it all.

ADDED BONUS: The soundtrack to this flick SERIOUSLY rocks and is out now.

To check out more on American Teen visit the official site, AmericanTeenTheMovie.com.