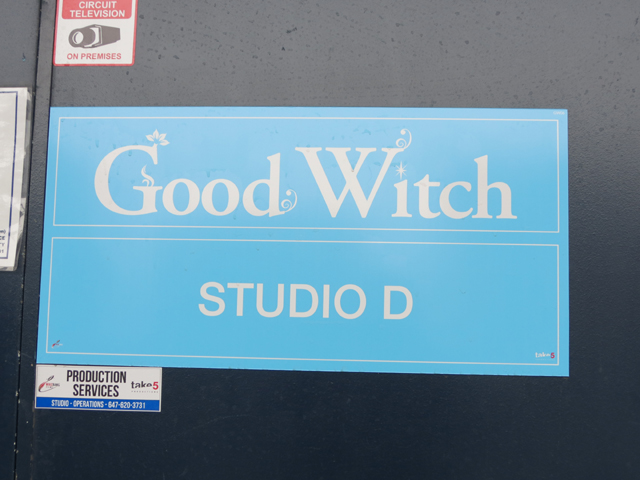 You know and love our girl Bailee Madison as Grace Russell on Hallmark Channel’s hit series, Good Witch. If you haven’t seen the show, it follows Cassie Nightingale (Catherine Bell) and her daughter Grace who have special magical intuitions that allow them to help others in their close-knit town of Middleton. The show is filled with charm, excitement, mystery and magic and is the perfect feel-good comedy-drama to watch with your girls or your whole fam.

Just a few weeks ago, Bails invited us to hang with her on set in Toronto while she filmed the upcoming season three finale. Check out what a day in the life on set with Bailee is like as we take you behind the scenes! 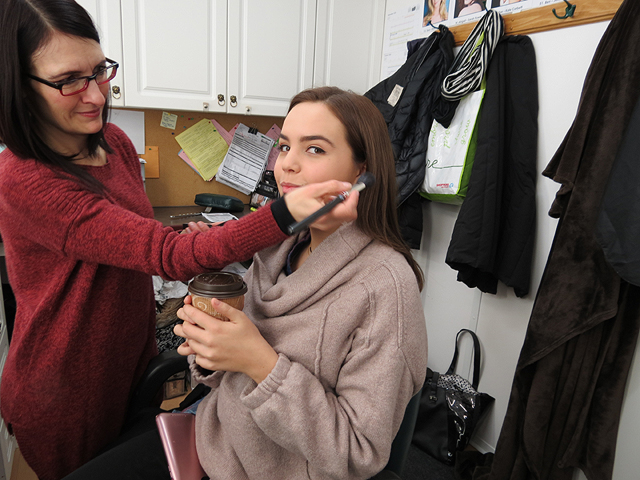 10 a.m.: Before she started filming, Bailee grabbed a tea and yummy breakfast and hopped into the hair and makeup chair. You'll catch Bailee and her team having girl talk and dance parties while getting ready, all fueled by amazing playlists. On play this day? A lot of Keith Urban and upbeat country jams.

When she's not rocking out, Bailee squeezes in QT with her friends and fam. The busy actress admits to GL that it’s hard to keep in touch with her BFFs and family back home while she’s on set and that she often gets homesick, but squeezing in texts, phone calls and even Instagram comments during her getting ready time is super important. “Balance is really hard and I have a very tight-knit group of people,” she told us. “I was just writing my friend right now and wishing her a safe flight and she was wishing me a good day at work.” 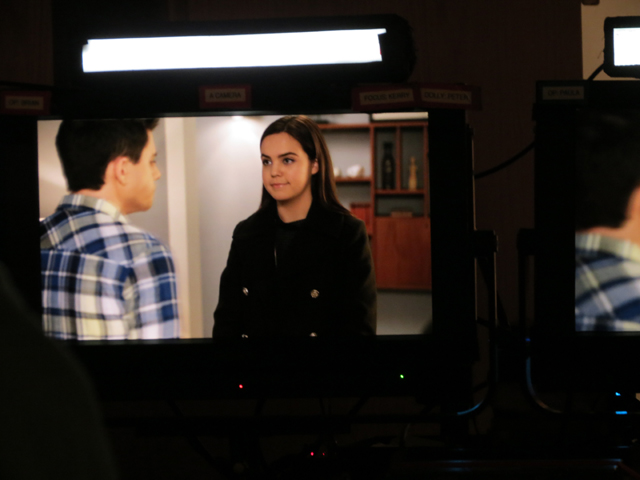 11:45 a.m.: After getting wired, dressed and doing a quick rehearsal with her co-star Rhys Matthew Bond (who plays Nick), Bailee got in front of the camera. We watched the action from video village—a set-up in the hallway with several monitors where the crew ensures they're getting all the right stuff. It was cool to see how they rotate the set and cameras to capture different angles for the perfect shot. 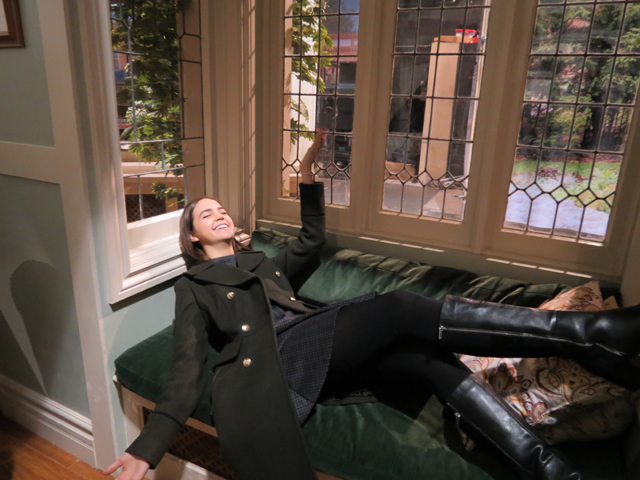 After, Bailee showed us where she loves to rest or nap in between scenes—a cozy little bench at a windowsill in the kitchen!


1 p.m.: Bailee tells us no day on set is the same. Sometimes she could show up at 5 a.m., while other days she could come in at 5 p.m. and film into the morning. Typically, three to five scenes are shot in a day. “It takes seven days to film an episode,” she said. “We shoot in blocks, so we shoot two episodes in two weeks. Sometimes we’ll film a part of episode four while we film episode five on the same day, so it can get a little confusing but it’s easier that way.”

On this particular day, Bailee only had one scene to film so she was able to wrap early in the afternoon—but don’t think she’s off the clock completely! After leaving the set, Bailee headed to her apartment to do schoolwork with her set teacher and start packing up her apartment to go home for the holidays (which we recently chatted with Bails about here!).

During our day together, Bailee also spilled more insider secrets about filming Good Witch and what magic she'll be making in 2017.

Girls' Life: What would your fans be surprised to know about life on set?
Bailee Madison: We’re a cool set! We’ll bring in pizza trucks or I’ll bring in a gelato truck or a coffee and espresso truck. It’s a nice pick-me-up during the long weeks. For food on set, I love hot sauce. Hot sauce on everything! I love pickles too. I loved filming [Wizards of Waverly Place] with Selena Gomez because she always brought pickles and we’d eat them together. We also *always* have our phones on set and we always hide them in little places like in pots and pans or underneath the kitchen stove or tucked in my boots. 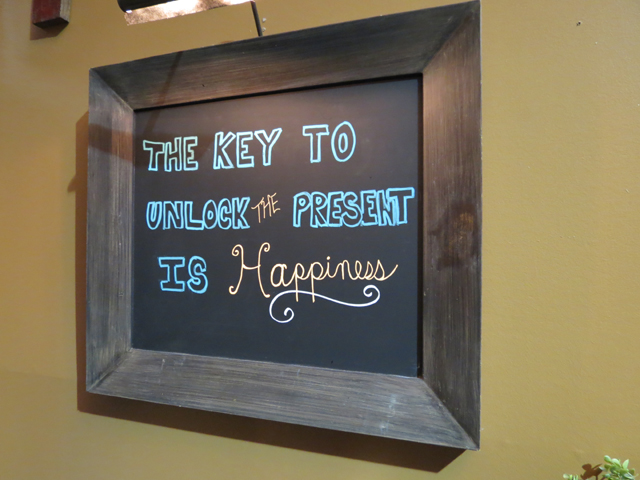 GL: Can you share any fun facts from the show with us?
Bailee: Bell, Book and Candle changes to fit the theme of every episode. Also, there’s a new quote on the board in the Bistro every week. So, when we’re in the Bistro, check out the board!


GL: You're at the end of filming season three of the show, and of 2016! What can we expect from you this year?
Bailee: There’s a lot! At the beginning of the year I’m going to take a break. I’m going to take some time to myself and my family and make sure all of our health and our happiness is good. Then, I want to try different projects that’ll push me and let people view me in a different way but also in a Bailee way where it makes sense. I love writing; I’m writing a couple of fun things. We’re doing the Annabelle Hooper book series, and a book series that we’re creating right now which is different than that but it’s a secret. I’m really excited for everything!

Season three of Good Witch is set to air on the Hallmark Channel in the spring. Stay tuned to GL for more of our interview with Bailee about the show and what you can expect from the new episodes!

What do you think season three of Good Witch will hold? Sound off in the comments.