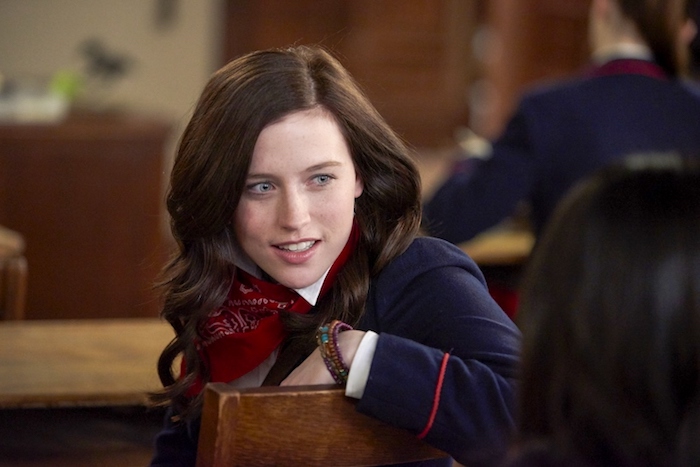 Moving to England, changing schools and facing a *huge* fear—that's a *lot* to handle, especially all in one day. In Nickelodeon's new show Ride, that's exactly what happens to Kit, an all-American girl whose world is turned upside down when she moves across the ocean to attend Covington Academy, an elite equestrian boarding school.

Before the show's premiere tonight at 8 p.m. EST, the Canadian star dished on filming in the UK, life on set and how she deals with mean girls.

On filming Ride in Northern Ireland
"The fact that we got to travel to a different country in itself was pretty exciting, but I also loved how much history was involved in filming in Northern Ireland. We filmed in Glenarm Castle, which is a real castle that still functions as a home, so getting to hear the stories and film in a place with real history was incredible."

On exploring England
"I had never been to England before, and I got the chance to go after we finished filming. I spent a few days in London and it was *incredible.* I got to do a double-decker bus tour and see the sites of the city like The Tower of London, London Bridge and Big Ben. I also got to the visit the Harry Potter set where they filmed all the movies, and my inner nerd got to let loose and have fun!"

On dealing with change
"The best way to deal with change is to try your best to go into it with a positive attitude and an open mind. You never know what can happen unless you give it a try, so dive in!" 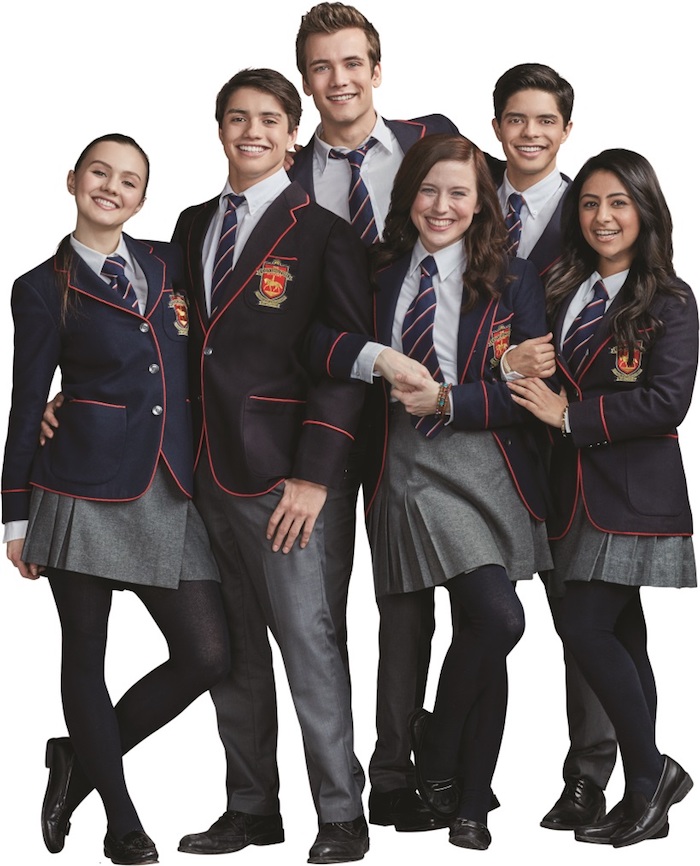 On dealing with mean girls, like Ride's Elaine
"Even though sometimes it's really hard, try to see things from their point of view. Even mean girls might have something really hard going on in their lives. They might be insecure, or have problems with school or family. Not that there is ever an excuse for being mean, but sometimes it's not that simple. Try talking to them one-on-one. If that doesn't work and they aren't ready for your help, ignore them and be the bigger girl."

On posi vibes
"I'd like to think that Kit is as optimistic as she is because of her mom. Her mom was always there giving her amazing advice, taking her on adventures and teaching her things. So after losing her, Kit knows her mom wouldn't want her to waste a second dwelling on the negative things because life is too short. I don't think I'm quite as optimistic as Kit is in real life, but I'm trying to be."

On equestrian style
"I didn't know much about the equestrian fashion style before Ride, but now I'm hooked! There is something about a nice blazer and riding boots that can make you feel very polished and powerful. My style tends to be a mix of all kinds of things. My go-to is usually some slouchy ripped jeans with a collared shirt under a sweater. It's like preppy meets tomboy. Although, if I could get away with living in my pajamas, I probably would."

On staying busy
"On set, I had a box of cards with random questions about movies, and what turned into a few people playing was suddenly the entire cast and crew yelling out answers. And those boys [Johnny Gray, Oliver Dench and Manuel Pacific] are crazy talented!" 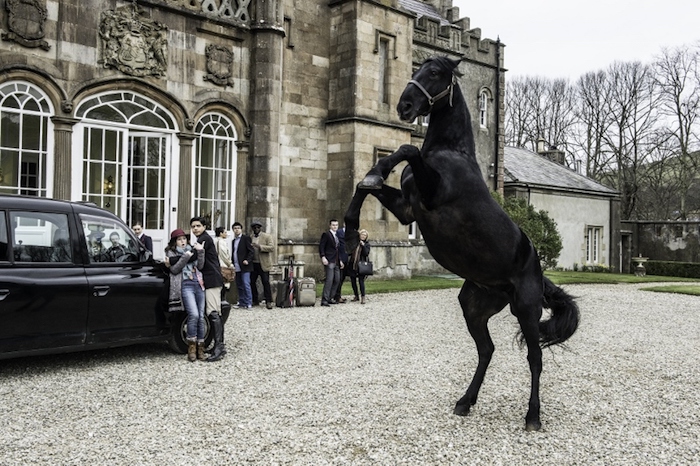 On her horse crash course
"I knew a little bit about horses [before the show because] I used to go to horseback riding camp in the summertime. I was comfortable around them, but I did have to learn the English riding style since we learned Western at my camp. We met the horses and learned the ropes before filming in Northern Ireland, which included learning how to groom your horse and how to tack up. Luckily we also always had horse experts around while we were filming so we could ask all the questions we wanted on the fly!"

Can't wait to *ride*? You don't have to! Ride premieres tonight, Jan. 30 at 8 p.m., and the first episode is available to watch right now on Nickelodeon's website!

Are you going to tune into Ride? Let us know in the comments below!