You're going to be seeing a *lot* more of Jojo Siwa this year! 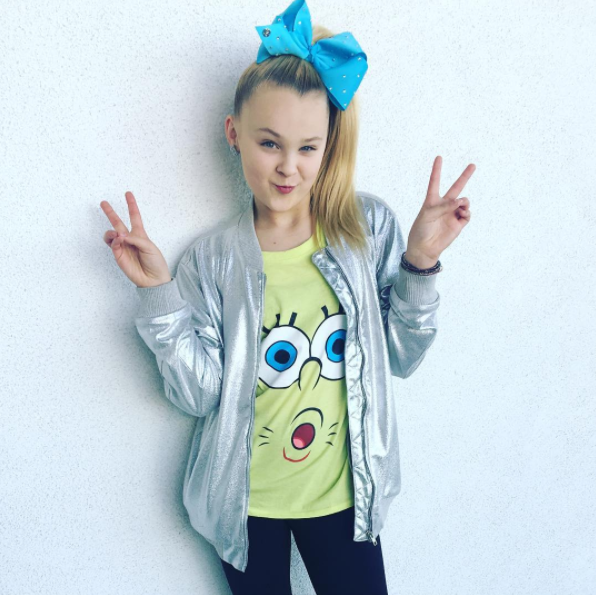 You probably recognize 13-year-old Jojo Siwa from Dance Moms, her YouTube channel and Musical.ly, but those aren’t the only places this talented dancer, singer and actor will be popping up this year. Jojo just signed a deal with Nickelodeon that will have her gracing your screens—and stores—for months to come.

This summer, Jojo will star in her own 30-minute documentary-style TV special that gives fans a first-hand glimpse at her life as a teen social media sensation *and* as a regular teen. “It’s going to be very exciting,” the star told us. "Fans can expect to see lots of fun, lots of hard work and lots of behind the scenes of what I really do. They’ll see my dog Bobo and my mom and my dad—they’re going to meet everyone!" Not only that, she'll also co-star in a few eps of School of Rock where she won’t just be acting, but she'll be showing off her vocal chops, too! Jojo told GL that if she could cover any song on the show, it would be Meghan Trainor's "Me Too"—OK, yes, and her own viral track, "Boomerang."

She's not the only one who can’t get enough of the song, though. She's nominated for "Favorite Viral Music Artist" at Nickelodeon’s Kids’ Choice Awards this year (airing March 11 at 8 p.m. EST). "It’s really cool," Jojo says of her nomination. "This is my first year being nominated all by myself, so I’m super excited. It’s honestly such an honor to be nominated and around such amazing people, too." Jojo told us she doesn’t know exactly what she’ll say in her speech if she wins, but a few choice words come to mind: “OH MY GOD. I JUST WON A KIDS' CHOICE AWARD. OH MY GOD. OH MY GOD. THANK YOU. THIS IS CRAZY. OH MY GOD." Same, Jojo. Same.

So: TV? Yep. A KCA nom? Mhmm. And that's not all—merchandise, too! Jojo will debut a collection of "everything under the sun." What the means? She'll have clothes, accessories, home decor, books, toys and more. And, of course, you can expect plenty of “bows and sparkles and pink and teal and purple," says Jojo.

Buckle up, girls! It's going to be one Jojo-filled 2017—and things are just getting started.

Which of Jojo's upcoming projects are you most excited for? Tell us in the comments below!