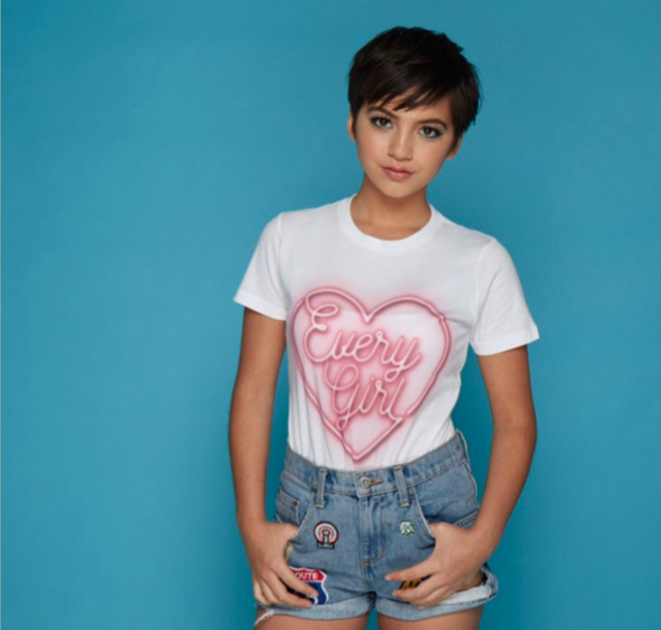 Yesterday, March 8, was International Women’s Day in which people around the globe celebrated all things feminine. Many women wore red as part of the #ADayWithoutAWoman strike and thousands of people posted pictures of themselves on social media with important women in their lives. A lot of our fave celebs also got involved in celebration through social media and other activities. Here are a few examples of what was said and done yesterday for IWD. 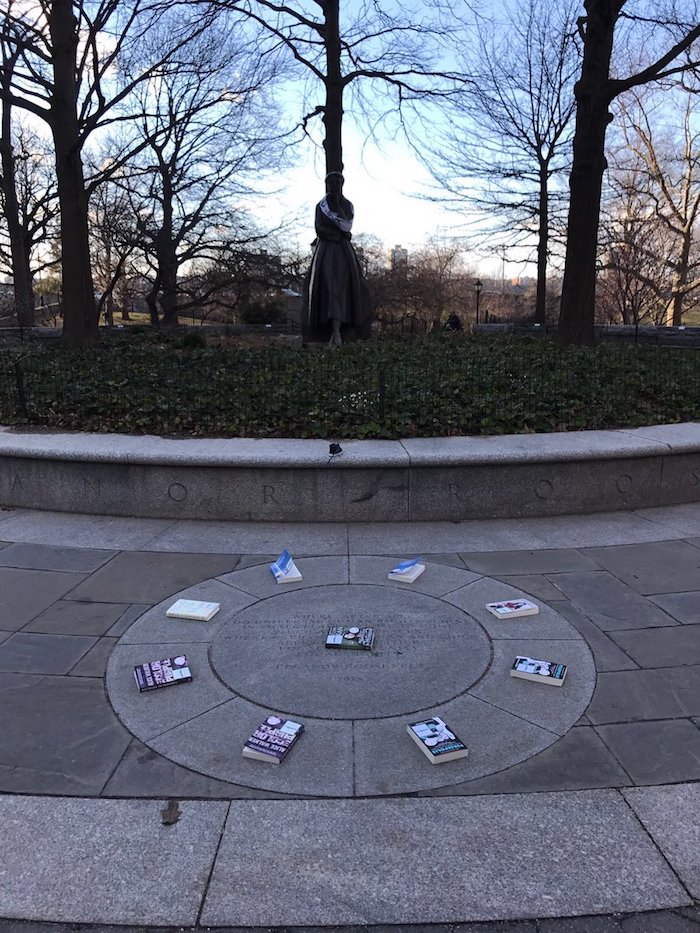 The Beauty and the Beast star has played many roles but one of our favorites is that of a book fairy. Our Shared Shelf is Emma’s book club which is part of an international program to distribute books in public places for people to enjoy. So, for IWD the actress, decked out in red, visited the memorials of Eleanor Roosevelt, Harriet Tubman and Joan of Arc to spread out books written by feminist authors, all of which she had written a personal note in. 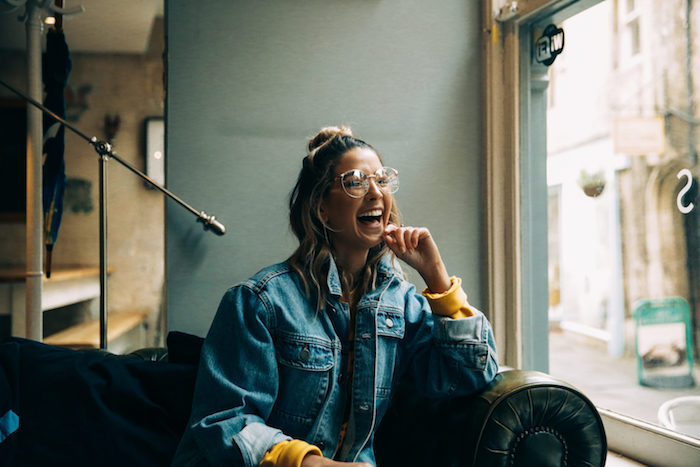 The Brit YouTuber and lifestyle guru shared a blog post where she celebrated all of the wonderful women in her life, including her mom, her boyfriend, Alfie Deyes', mom and Adele.

Not only did the actress tweet an inspirational message alongside photos with Rowan Blanchard and Zendaya, but Yara, along with other influential women (and men!), participated in this video that signaled the launch of the Tory Burch Foundation’s new campaign, #EmbraceAmbition. You can take the pledge to embrace ambition here or you can shop to support the cause by buying a T-shirt and/or bracelet. 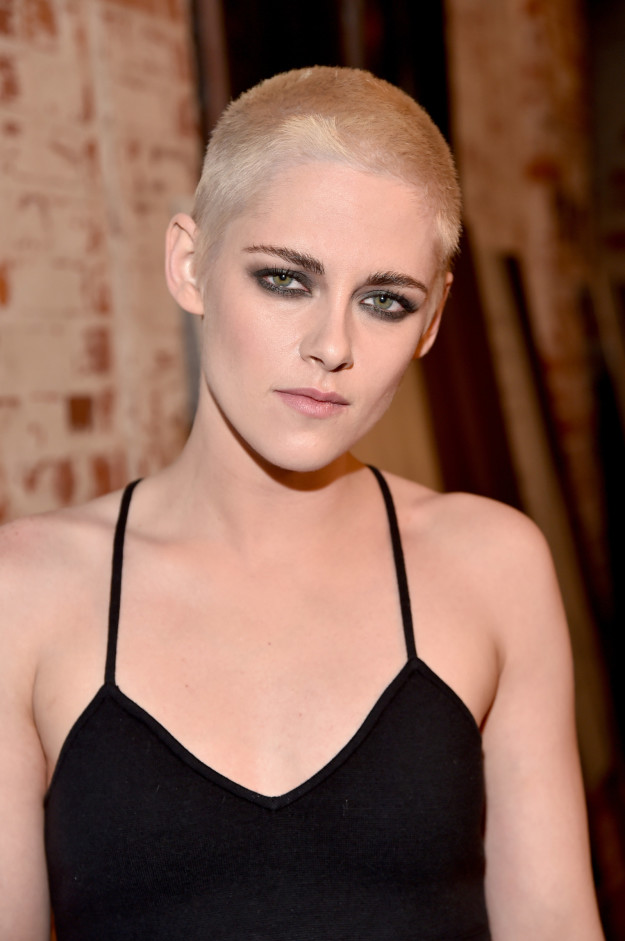 The actress and director didn't release anything publicaly about the day, but she did reveal this completely awe-worthy haircut that, in itself, proves that there's no wrong way be a woman and that women can (and should!) do whatever makes them happy. 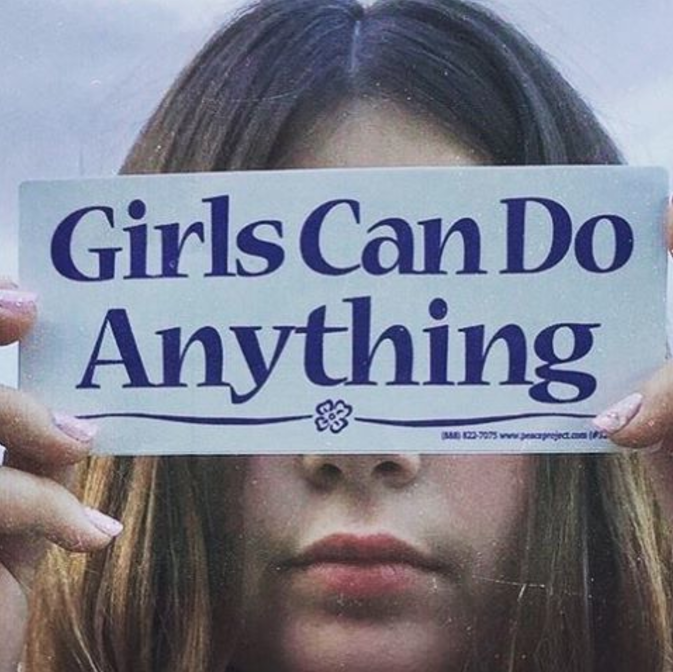 Descendants actress Sofia Carson took to Instagram to inspire girls on IWD. She posted this picture with the caption "We are bright. We are strong. We are beautiful. We are brave. We are GIRLS." A little while later Sofia posted a video of her singing her single "Back to Beautiful" stating "today and everyday should be women's day💛."

The "Sit Still, Look Pretty" singer wished her fans a Happy International Women’s Day with a tweet advising them to “never underestimate your power, brilliance, beauty, & strength my bbs ✨✨🙇♀" 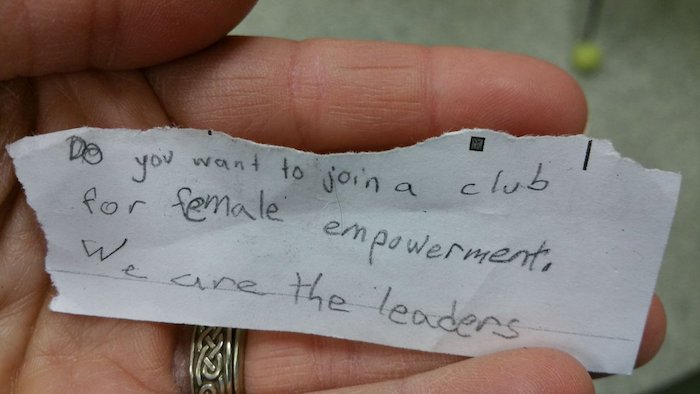 Yesterday, the former secretary of state retweeted this photo of a note a teacher found in her classroom and captioned it: "On #InternationalWomensDay I'm thinking about this young girl, & all the others like her out there. 💪✨"

For IWD the 15 year old launched her "Every Girl" campaign in which she designed a T-shirt that you can buy here. Some of the proceeds of the tee will be donated to Step Up, an organization that helps girls from under-resourced communities fulfill their potential and grow into successful women. "Every girl wants the same thing—to be accepted and loved for who she is. I created this shirt to show the world that we're more alike than we are different," said Isabela. "Us girls have to uplift one another rather than bring each other down. To 'Every Girl' out there, this shirt is for you!"

How did you celebrate IWD? Let us know what you did in the comments!

Like this? You'll love these...
+Feminism according to Zendaya, Hillary Clinton, Rowan and more
+#NewMusicMonday: girl power from Meghan Trainor, Becky G + more!
+Trump just signed two bills that aim to increase the amount of women in STEM careers