Gigi Hadid and Zayn Malik are reportedly expecting a baby! 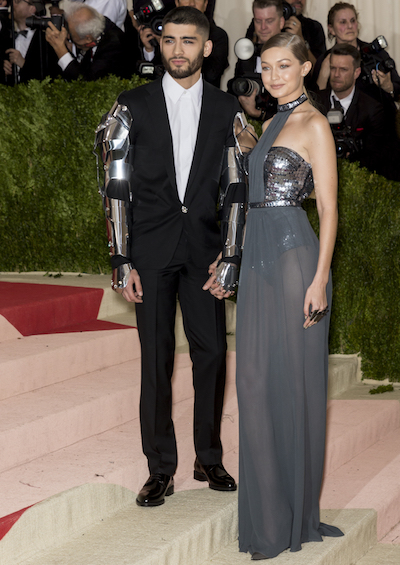 Gigi Hadid and Zayn Malik are expecting a baby, multiple sources tell TMZ. While the on-again/off-again couple—who started dating in 2015, split in 2018 and reconciled in late 2019—have not confirmed the news themselves, insiders say that Gigi is about 20 weeks along.

"Gigi has kept the secret close to her family and friends for a while, as she’s only a few months along," a source told Entertainment Tonight. "Once Gigi and Zayn got back together at the end of last year, it was like they never skipped a beat and knew what they had was special. The couple and their families are overjoyed."

The duo is currently quarantining in Gigi's family's Pennsylvania home, where they celebrated Gigi's 25th birthday together earlier this week.

Zayn will join former 1D bandmates Liam Payne and Louis Tomlinson in the dad club, and let's just go ahead and assume that Taylor Swift will be referred to as "auntie"!

What do you think of Zayn and Gigi's baby news? Let us know in the comments!