Taylor Swift is speaking out about racist symbols in Tennessee 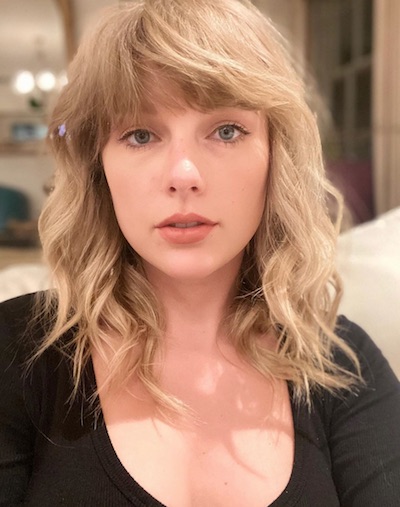 Taylor Swift has called Tennessee home since she was 13 years old, and she has a lot of pride for the state. However, as many people across the nation are taking a long, hard look at what we can all do to eradicate racism in our society, Taylor's calling for the people of Tennessee to rethink certain monuments and *who* gets to be called a hero.

As a Tennessean, it makes me sick that there are monuments standing in our state that celebrate racist historical figures who did evil things. Edward Carmack and Nathan Bedford Forrest were DESPICABLE figures in our state history and should be treated as such.

Taylor went on to say that "Edward Carmack’s statue was sitting in the state Capitol until it was torn down last week in the protests. The state of Tennessee has vowed to replace it." For fans who may not be familiar with Carmack, Taylor explained that, "FYI, he was a white supremacist newspaper editor who published pro-lynching editorials and incited the arson of the office of Ida B. Wells (who actually deserves a hero’s statue for her pioneering work in journalism and civil rights)."

Then we get to this monstrosity. Nathan Bedford Forrest was a brutal slave trader and the first grand wizard of the Ku Klux Klan who, during the Civil War, massacred dozens of black Union soldiers in Memphis. https://t.co/n2DiEt9F3P

For Taylor, removing offensive statues is about making everyone feel comfortable in Tennessee. "Taking down statues isn’t going to fix centuries of systemic oppression, violence and hatred that black people have had to endure but it might bring us one small step closer to making ALL Tennesseans and visitors to our state feel safe — not just the white ones," she said.

"I’m asking the Capitol Commission and the Tennessee Historical Commission to please consider the implications of how hurtful it would be to continue fighting for these monuments," Taylor continued. "When you fight to honor racists, you show black Tennesseans and all of their allies where you stand, and you continue this cycle of hurt. You can’t change history, but you can change this."