Who is Taylor Swift's "cardigan" really about?

Taylor Swift dropped an album out of the blue a couple days ago, and her featured track "cardigan" has us asking *all* the questions. The ultimate question is, of course, who is the song about?

As with every Taylor Swift song, there are a ton of Easter eggs to unpack in "cardigan," and all the little details in the lyrics and music video seem to point to two suspects: Joe Alwyn, her current BF, and Harry Styles.

This wouldn't be the first time Taylor has written about Joe Alwyn. The two started dating sometime in 2016 or 2017, and her album Lover is full of songs about Joe, including "Delicate." So what makes fans think "cardigan" is about him?

Us Swifties all remember that 2016 was a *rough* year for Taylor. It was the year she got into a feud with Kim and Kanye about Kanye using Taylor's name in a pretty offensive lyric in his song. This led to Twitter battles and a year-long power struggle between Kanye and Taylor. Not only that, but 2016 was also the year #hiddleswift was a thing. She dated Tom Hiddleston for about three months, and *all* her fans were convinced it was a publicity stunt.

Tom Hiddleston must have been so crushed when he got the breakup text from Taylor Swift's publicist.

So if it's true that Taylor and Joe started dating in 2016, as most rumors suggest, it makes sense that the lyrics to the chorus in "cardigan" are about Joe. The chorus goes, "And when I felt like I was an old cardigan / Under someone's bed / You put me on and said I was your favorite." All the drama of 2016 could have made her feel "like an old cardigan," but meeting Joe changed that. Joe was also in the movie The Favourite two years ago, which some fans think is another sign. 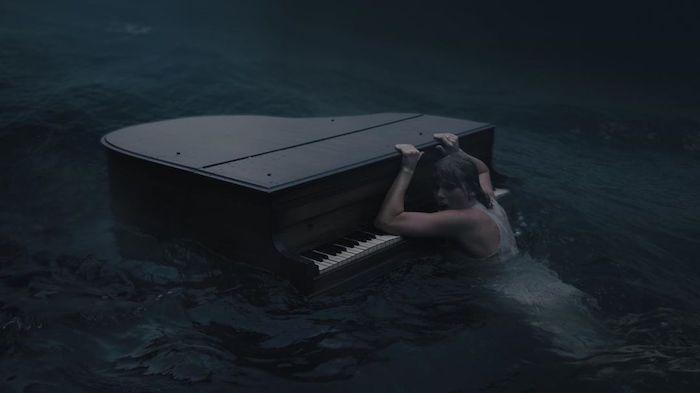 i will be passing away due to personal reasons pic.twitter.com/2RGUjImzFr

Fans even spotted a paper plane in the music video, and we all remember those *iconic* matching necklaces of paper planes that Taylor and Harry wore.

Harry is also known for wearing cardigans, especially during his 1D days, and Swifties know to *always* look at the timing of things. Taylor usually takes months to promote her albums, but this time, she announced folklore just 16 hours before she released it. Plus, this day happened to be the day that 1D had their 10-year anniversary. Coincidence? We think not.

So Joe or Harry? Fans will never know. Taylor is notoriously mysterious about the subjects of many of her songs, but us Swifties can always wonder.

Who do *you* think "cardigan" is about? Let us know on Twitter @girlslifemag!