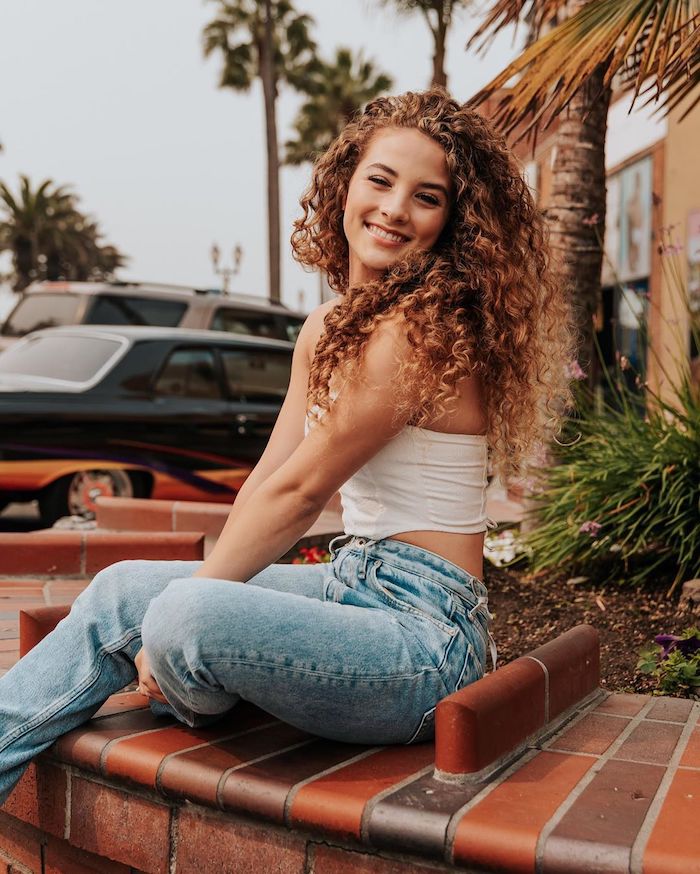 Sofie Dossi is discovering her voice. For years, the social media star, 19, has grabbed the attention of millions through her mind-boggling contortion skills. "I discovered a YouTube video of a contortionist," Sofie says of her younger self, "and I thought it was so cool and just fell in love with the art." She started teaching herself tricks at home, and the rest was history.

A few years later, she got the call from America's Got Talent. From there, she got the Golden Buzzer, became a finalist, guested on Ellen, performed all over the world (including at NBA halftime shows—a *major* highlight) and started her YouTube channel. "I've been doing my YouTube channel for over three years now," Sofie tells us. "It's been so fun and I've built up to over five million subscribers." She even got to meet some of her biggest idols, from Liza Koshy to David Dobrik ("I was a huge fan and then I met him, he [asked me] to be in his video and we became friends and I was, like, oh my gosh this is so cool," Sofie gushes.)

Her next big venture: Music. "My brother had started producing [music]," Sofie explains of her post-AGT passion. "He had come up with this one beat and I loved it and asked to sing on it. When he heard my voice, he thought it was actually really cool and wanted to make a song. It came out really good and from there, we just decided to make some music. So, it happened by accident, in a way." Sofie's songs reflect her artistic inspirations—Melanie Martinez, Billie Eilish, Mac Miller—and her current experience of growing up and the struggles of figuring out who she is at this stage of life. "Writing songs is therapeutic," she admits.

Melanie Martinez comes back up in our conversation as Sofie raves about her role model. "[Melanie] was the first pop artist I listened to a lot," she explains, "the first artist I was, like, *obsessed* with. I was the biggest fan of hers. Her music is just so quirky and unexpected." Sofie especially admires Melanie's ability to speak to difficult, emotional moments in lighter tones. "Her old album Show and Tell is one of my favorites. It's got this cute factor, but then when you listen to the lyrics, it's actually pretty dark."

When Sofie isn't singing, she's busy hanging with friends ("I was just hanging out with Nia Sioux," she tells us, "and I've been with TikTokers from the Hype House and Sway House lately") and practicing her contortion skills (for "at least an hour and a half each day." Talk about discipline!). Her go-to trick rn? "Suspended chair. It's where I'm arched in a backbend, but it looks like I'm kind of squatted and my legs are up in the air."

Social media is super important to her, too—she hopes to stay connected to her supporters even as she grows into adulthood. "I love YouTube so much," she confesses. "I feel like I can show my actual [self] on YouTube, whereas on TikTok it's harder for people to see my actual personality." Still, she "dabbles" in TikTok: "I'm pretty sure it was a trend where you had to wink at the camera," she says of the last TikTok she took. "I thought it was cringey, but all my friends were like, 'No, Sofie, you gotta post it!' so I'm like, you know, why not."

With *tons* of new ventures on the horizon, Sofie is simply enjoying her everyday life, excited for what's coming next. She's exploring fashion trends ("I've been into mom jeans, and I really love them, it feels like you're swimming in clothes"), dreaming of traveling to Costa Rica ("It's like an untouched Hawaii!") and listening to lots of Melanie Martinez songs, of course.

Her advice for GL readers? "Don't worry about what people think of you. Do what you love. You're not always going to get a second chance, so you have to go for it." 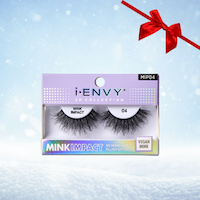 These vegan mink lashes by I-Envy bring the volume. Enter to win here!