A look back at iconic celeb Halloween costumes

Halloween is right around the corner and you know what that means......it's time to start pulling together your *bomb* costume. Celebrities have a history of wearing *fab* costumes, some that will go down in the books forever. Here's just a short list of the many amazing costumes our *fave* celebs have worn over the years. 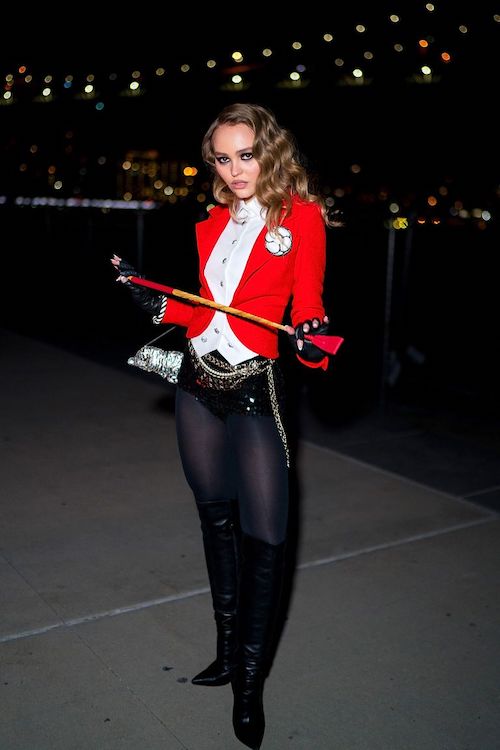 This ringmaster costume is what Lily wore to the V Magazine Halloween party in 2018. The Chanel belt and silver bag made being a ringmaster look a whole lot more fashionable.

Heidi Klum as a werewolf from Michael Jackson's Thriller video (2017) 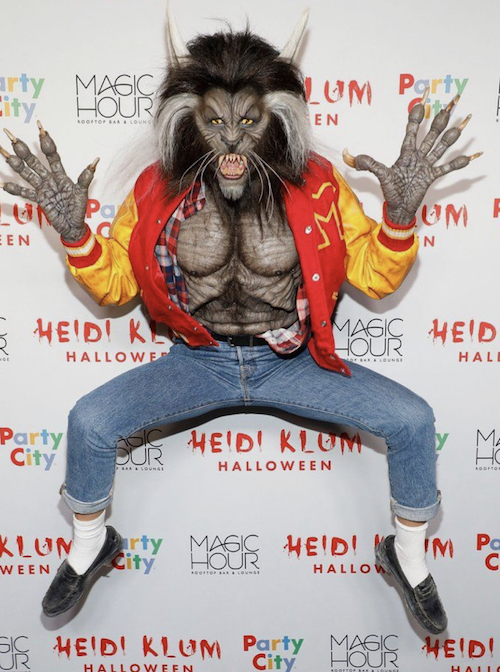 Heidi Klum is known for her unique costume choices, so no one was surprised when she showed up to her annual Halloween party dressed as the iconic werewolf from the Thriller music video. Klum said the look took seven hours to complete, but the end result was *so* worth it. 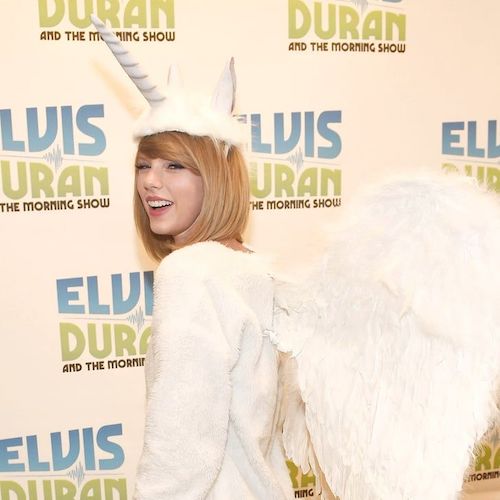 We can always count on Taylor to think outside the box and that's exactly what she did with her "Pegacorn" costume. She really did dress as our Wildest Dreams by going as this made-up mystical creature. 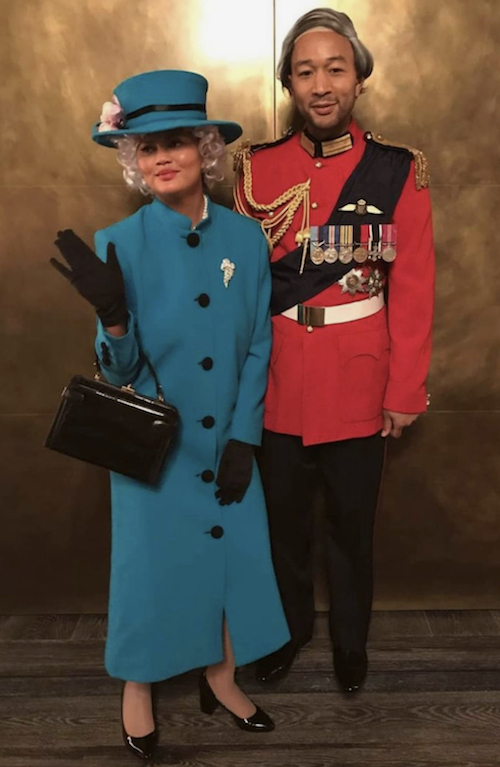 From Hollywood stars to British monarchs, Chrissy Teigen and John Legend can do it all. This iconic couple never shies away from an excuse to dress up—and in 2018, they celebrated Halloween as Queen Elizabeth and Prince Phillip. Talk about a dynamic duo! 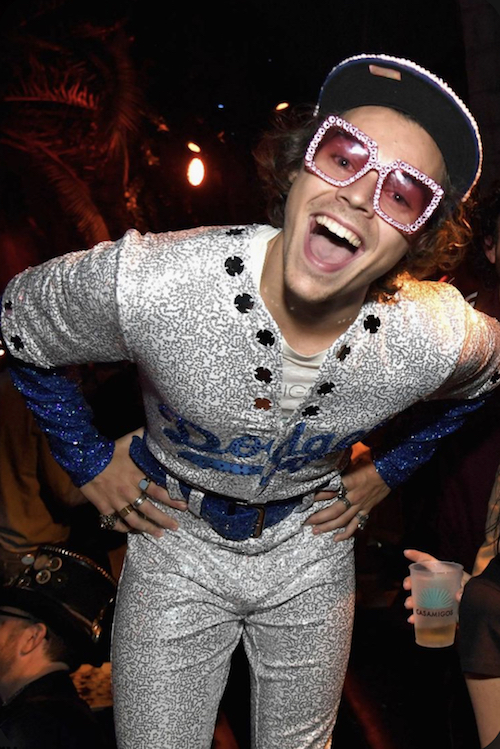 What should you wear to a Beverly Hills costume party? Sparkles, of course! Harry Styles *rocked* these quintessential Elton John glasses alongside his sparkly Dodgers costume in 2018. 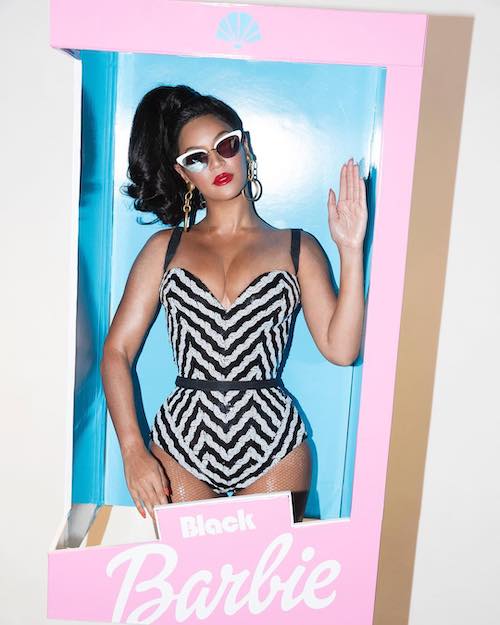 In this costume, Queen B not only *slayed* the spooky season but also managed to make a strong political message with her costume. Did we mention she looked *fire* while doing it? 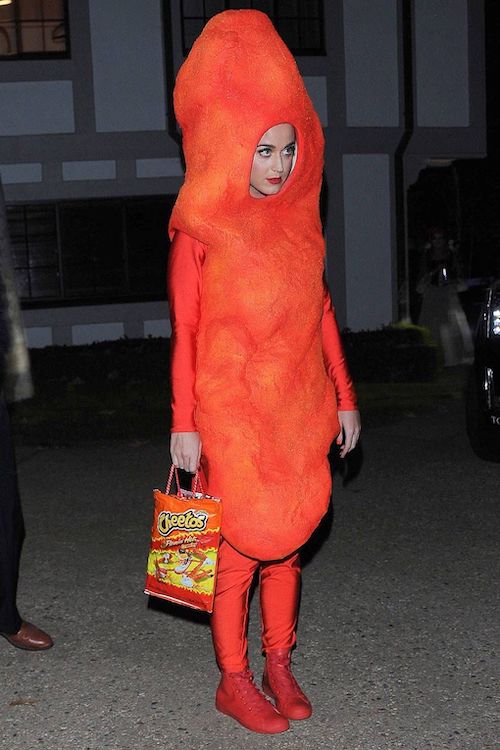 We all know that Katy Perry is the queen of whipping out *insane* looks, but this Cheeto costume definitely wins. We can confidently say that the Cheeto snack bag being used as a purse *def* pulled it all together. 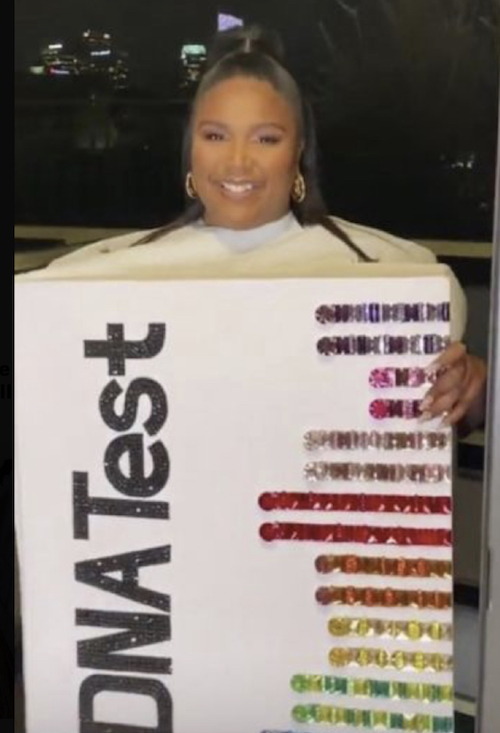 Lizzo won Halloween last year when she dressed as an iconic line from her breakout hit, "Truth Hurts." Lizzo's bedazzled DNA test costume was as much of a sensation as the song, which spent seven weeks among the Billboard Top 100.

Victoria Justice as an ouija board (2018) 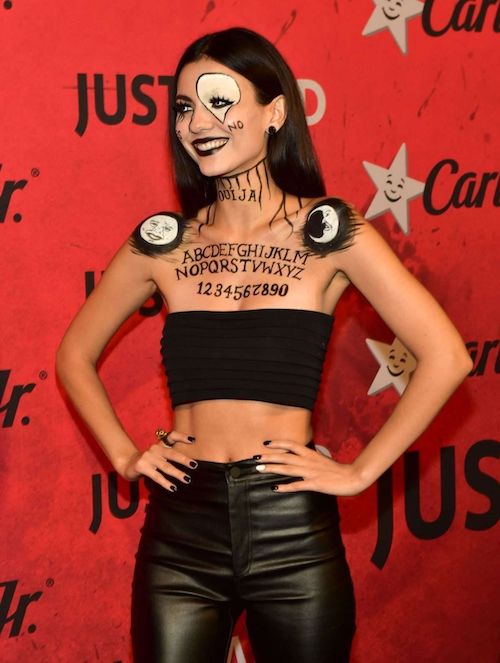 Although the horror film Ouija gets creepy, Victoria managed to make herself a less creepy version of this staple Halloween toy. 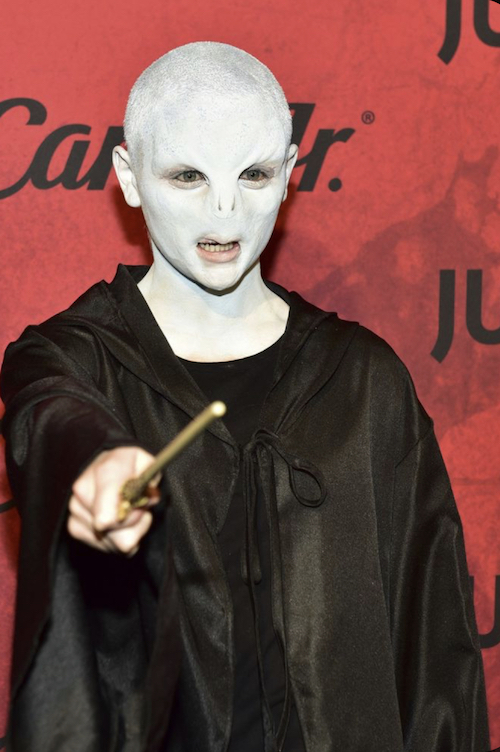 In 2018, Joey King took advantage of her new buzz cut by modeling her Halloween costume after "You-Know-Who" from Harry Potter. Wielding a wand and wizard cloak, we can only assume that King had a *magical* night.

Which of these celebrity costumes is your fave? Let us know @girlslifemag!