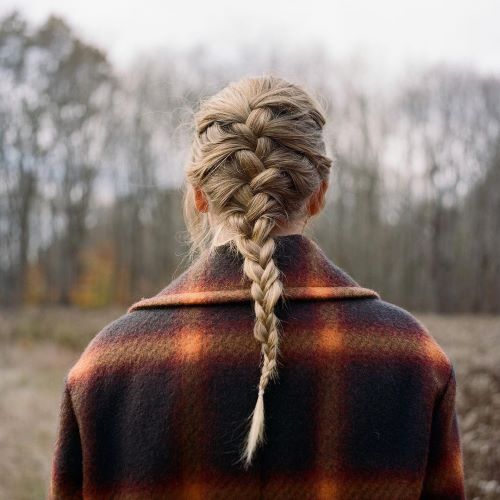 Taylor Swift just gave Swifties the *best* holiday gift ever. This morning Taylor announced the release of her 9th studio album, evermore. The album is folklore's sister record, and T-Swift wrote on Instagram that "To put it plainly, we just couldn't stop writing songs."

After the release of folklore this summer, Swifties all assumed this era of music would be a one-off era, just like Swift's other album eras. Taylor acknowledged this in her Instagram post, writing that "I've never done this before. There was something different with folklore. In making it, I felt less like I was departing and more like I was returning." We couldn't be more excited to hear more of the poignant and beautiful songs like the ones on folklore.

evermore will be a 15 track album with two bonus tracks on the deluxe physical edition. You can pre-order the digital download of the album (with exclusive, digital booklet!) here.

Swift also announced the music video for "willow"  written and directed by Taylor Swift herself, which also drops at midnight eastern. *insert us screaming here*

Taylor Swift's upcoming birthday had some influence on her release of evermore. "Ever since I was 13, I've been excited about turning 31 because it's my lucky number backwards, which is why I wanted to surprise you with this now." Needless to say, we're totally prepared to pull an all-nighter to listen.

Us at evermore even before we've heard it:

"I know this holiday season will be a lonely one for most of us and if there are any of you out there who turn to music to cope with missing loved ones the way I do, this is for you." Swift wrote, and we couldn't be more grateful for the brilliant music Taylor continues to bless us with.

Actual footage of our reaction to the news: