5 things you need to know about Olivia Rodrigo 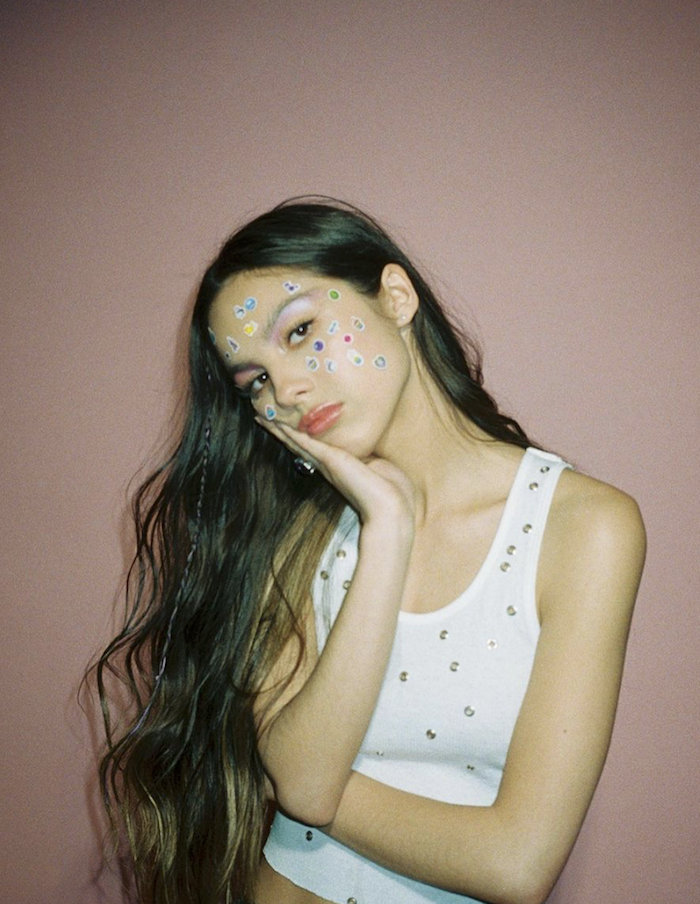 Olivia Rodrigo's debut single "drivers license" captured our hearts as it skyrocketed to the top of the charts this week. While her new single (and the potential love-triangle associated with it) have made her an overnight sensation, Olivia has been stealing hearts in the entertainment industry for quite some time. With two Disney roles and a film credit under her belt, Olivia has amassed an impressive resume at the tender age of 17.

If you're as obsessed with this rising star as we are, keep reading to learn all about her acting career, family heritage and biggest musical inspirations. 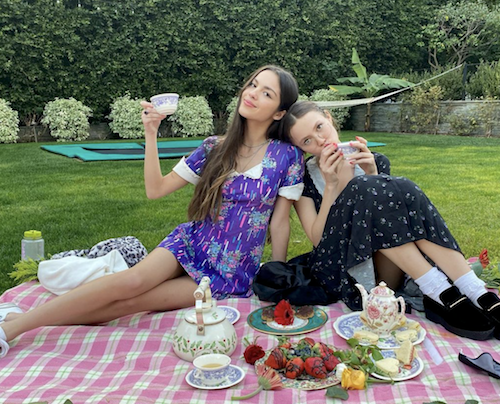 Olivia grew up in Marietta, California, and recently moved to Los Angeles to pursue her acting career. In an interview with Disney, Olivia revealed that her father is Filipino-American and her mother is American and of European descent. Her paternal great-grandfather migrated to the United States from the Philippines as a teenager, and because of her close ties to the Phillippines, Filipino food and traditions are very important aspects of her life.

2. She has an impressive acting resume

Olivia began acting as a child when she starred in an Old Navy commercial. She has had major roles in the Disney series Bizaardvark and the direct-to-video movie, An American Girl: Grace Stirs Up Success, but she is most known for her role as Nini Salazar-Roberts in High School Musical: The Musical: The Series on Disney+.

Olivia jumpstarted her musical career in HSMTMTS by writing many of her character's songs on the show—with the most popular, titled "All I Want," reaching Gold status and becoming a viral Tik Tok sound.

3. She is *obsessed* with Taylor Swift

You can tell who Olivia's favorite artist is by simply taking a look at her social media. Olivia has repeatedly praised Taylor's artistry and often posts covers of her music on Instagram.  Olivia's identity as a Swiftie made it even more meaningful when Taylor commented "I say that's my baby and I'm really proud" on Olivia's post about her new single, "drivers license." 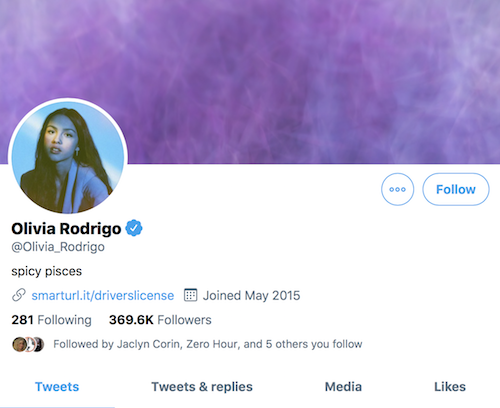 4. She has become a social media sensation

As of January 13, Olivia boasts an exciting 3.8 million followers on Instagram. Although she uses social media to promote her career in the entertainment industry, Olivia is not afraid to use her platform to raise awareness for the topics she is passionate about—like social justice, politics and public health. Whether you follow her for her original music, fun selfies or a lesson in politics, you won't be disappointed by what you'll find on Olivia's page.

5. She is signed to Geffen Records

Olivia is signed to a prominent record label owned by Universal. Geffen Records has also managed artists like Snoop Dogg, John Lennon and Nirvana, so there is no doubt that Olivia's music is in good hands. Olivia plans to release her debut album with the label this year, and after all of the hype surrounding "drivers license," it is bound to be a success.

Are you obsessed with Olivia Rodrigo's new single? Learn *everything* GL knows about "drivers license" here.