A non-definitive ranking of every song on evermore 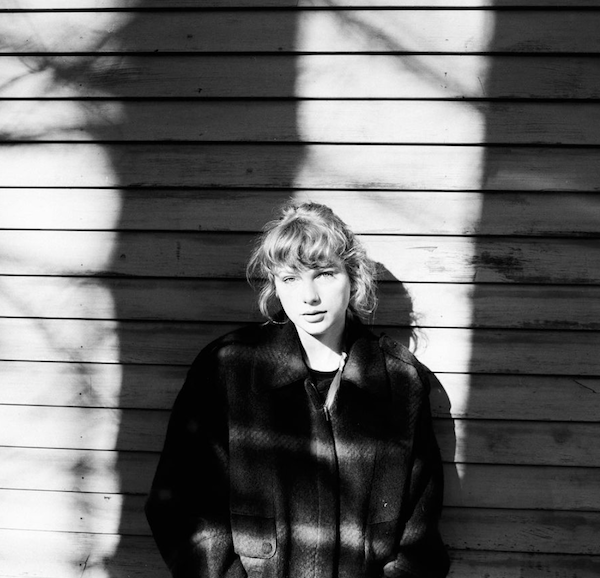 We've officially been listening to Taylor's ninth studio album for over a month now, and we *still* can't get enough of it. Between the beautiful lyrics and soothing melodies, evermore was the perfect ending to 2020 we didn't know we needed. We ranked every song from the record so you don't have to!

Romantic *and* catchy? Count us in. This daydream-y track made it to the top of our list. In addition to stunning lyrics ("I don't like that falling feels like flying 'til the bone crush" = GENIUS), we love the beat and whimsical feel. Plus, have you heard on TikTok about how it's similar to Lorde's hit song "Green Light"?

Country Tay made a comeback in this collab with Haim. The song, which Taylor said was inspired by a true crime podcast, tells the story of a murder mystery. It has *total* Carrie Underwood vibes ("Before He Cheats," anyone?). We can't stop listening.

If you've ever lost someone close to you, you'll totally understand why we're obsessed with this song. It's about Taylor's grandmother, an opera singer named Marjorie Finlay. It perfectly describes the complex mix of emotions you experience after the death of a loved one. And if you listen closely, you can hear Marjorie herself singing in the background. Yep, Taylor found old records of her grandmother singing and incorporated them into the song. Goosebumps!

If you were a fan of "betty" from folklore, odds are you love the playful-sounding tune, "dorothea," too. It's told from a male perspective and is thought to be the complimentary song to "'tis the damn season." We also think it's cool that Taylor sings about the town Tupelo—the birthplace of Elvis. Another Easter egg, maybe?

A romantic country ballad is *just* what we needed on this album. The dreamy sound and beautiful lyrics tell a story of two con artists falling in love. Marcus Mumford from Mumford & Songs provides some gorgeous backup vocals, too.

After Taylor's epic "exile" collab with Bon Iver on folklore, we had high expectations for this one. And it didn't disappoint. The haunting song has some meaningful lyrics about struggling with mental illness.

The story? Heartbreaking. The melody? Magical. Even though Taylor is known for her storytelling, nothing could have prepared for the heartache "champagne problems" brought us the first time we heard it.

If anyone knows how to begin an album, it's Taylor Swift. From the poignant lyrics to the soft guitar chords, this song brings out the magic of evermore from the very first note. Plus, the music video is stunning.

If you're an overthinker, be prepared to start reminiscing on the good old days. With catchy lyrics about reconnecting with an old flame, "'tis the damn season" has had Swifties pondering life's "what-if's" ever since the album dropped.

10. right where you left me

The first deluxe edition song speaks to the raw emotions that bubble up when you watch someone you love move on with someone new. If you're a fan of Taylor's Speak Now era, you'll love the storytelling in "right where you left me."

Taylor's use of plant metaphors throughout "ivy" was nothing short of brilliant. With a mellow vibe, a catchy tune and meaningful lyrics, "ivy" checks all the boxes for a classic Taylor tune.

Taylor is known for putting some of her saddest songs as track 5 on each album, so it's no surprise that this song hit us in the feels...hard. It's about a relationship where one person isn't getting treated the way they deserve. If you've ever felt like you had to vie for your S.O.'s attention, you'll totally relate to this heartbreakingly beautiful song.

Wow, can you say goosebumps? "happiness" is exactly the kind of song that makes you see the beauty in everything—even during your worst heartbreak. Whether you just broke up with your S.O. or you're still mourning your first love, this song is sure to leave you reminiscing.

evermore isn't exactly an album of bops, but this song takes the cake for the most pop-sounding song on the album. Need a song to jump around and sing into your hairbrush while getting ready? "long story short" is the song for you.

This melancholy deluxe edition song speaks to the pain you experience when you realize it's time to leave a bad relationship. Fans think it may be a reference to Taylor's old record label, which she left last year after a difficult dispute.

Taylor's collab with The National has some gorgeous, sad imagery, but the melody fell a bit flat for us. There's a theory that the bridge has a reference to "Out of the Woods" from 1989. ("And when I got into the accident / The sight that flashes before me was your face / But when I walked up to the podium / I think that I forgot to say your name" sounds pretty darn similar to "Remember when you hit the brakes too soon? / Twenty stitches in a hospital room," don't ya think?)

With shorter syntax and technical beats, "closure" has a totally different vibe than the rest of evermore. There are *so* many fan theories about the meaning of this song, but some people speculate that the letter mentioned in the song is secretly a reference to the note she received about the sale of her master records. Although this hasn't been confirmed, it would totally explain the curt lyrics and discombobulated background sounds.

What's your fave song off of evermore? Let us know on Twitter @girlslifemag!