First came Olivia Rodrigo's "drivers license." Then, Sabrina Carpenter debuted "Skin." Now, the boy at the center of allll the latest drama released a song of his own, and fans are *convinced* that it's his way of telling his side of the story.

But first, some background info. 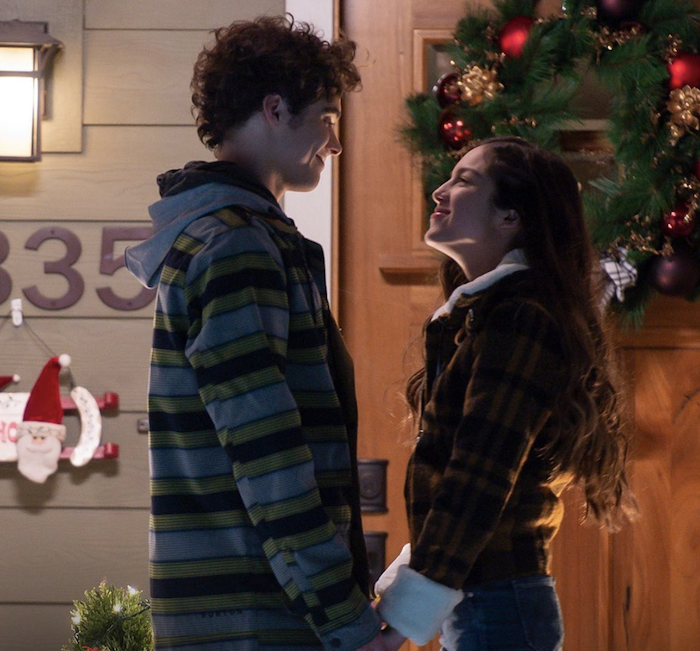 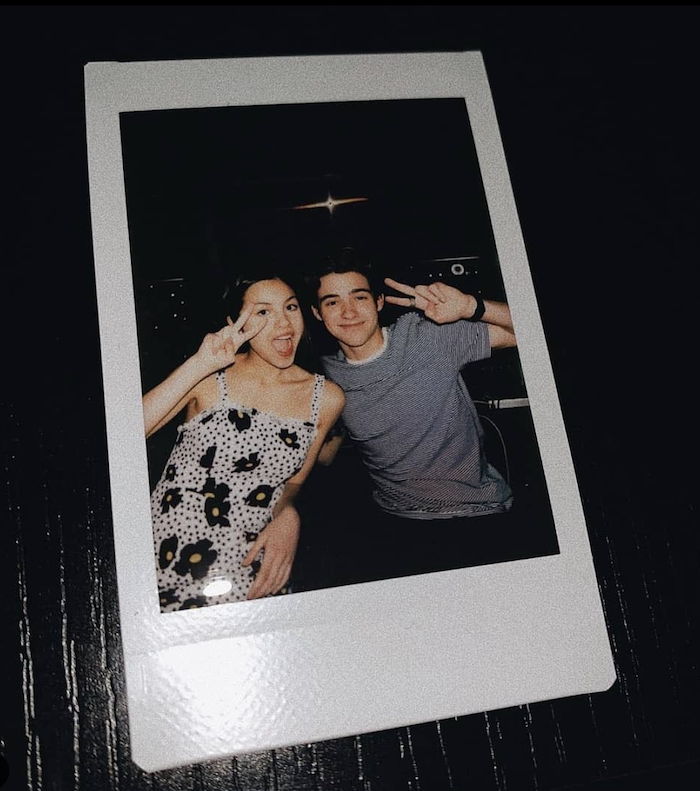 However, their relationship seemed to have cooled off during the summer of 2020, as pictures of Joshua getting lunch with Sabrina Carpenter and her sister Sarah started to circulate. The two even dressed up as Sharkboy and Lavagirl for Halloween!

Rodrigo posted this picture to her Instagram in August 2020: 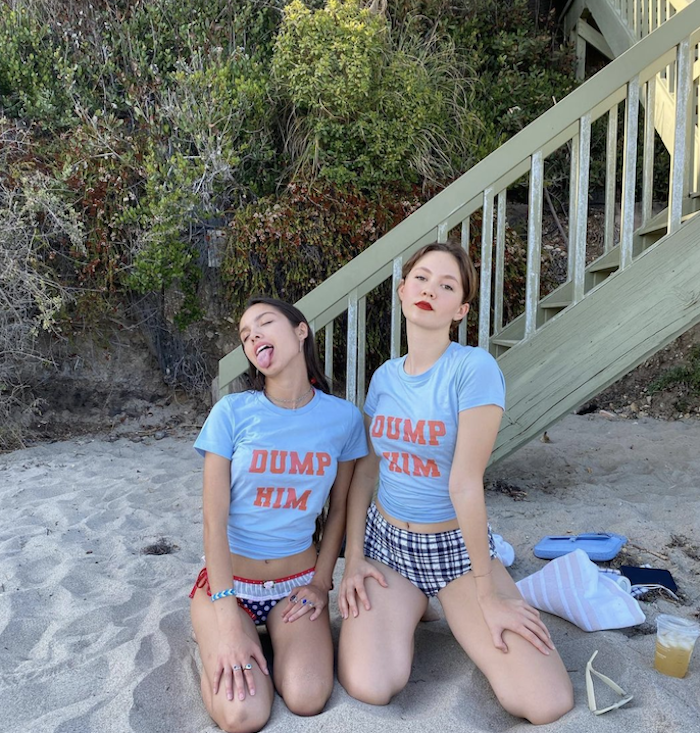 Would it be crazy to guess this pic is a cryptic nod to Bassett, possibly a subtle hint that the two broke up? We think not!

Related: 5 things you need to know about Olivia Rodrigo

Nobody *really* knew what happened until January 2021, when Rodrigo dropped "drivers license." With now-infamous lyrics like "And you're probably with that blonde girl/Who always made me doubt/She's so much older than me/She's everything I'm insecure about," that seem to point to Carpenter (who, in addition to being blonde, is older than Rodrigo!) fans speculated that "drivers license" is a lament to Rodrigo and Bassett's relationship ending.

Then, Carpenter released a song of her own with lyrics that seemed to be directed towards Rodrigo, "Maybe we could have been friends/If I met you in a different light...Maybe you didn't mean it/Maybe blonde was the only rhyme." Idk, but that *definitely* seems pointed to a certain song addressed to a certain blonde!

On January 28th, Bassett dropped "Only a Matter of Time," and with telling lyrics like "Time to tell the world that you've been lyin' on my name/Doin' what you want and think you're gonna get away," one can't help but connect the pieces.

Bassett addresses the inspiration for the song, saying, "I wrote this song in the summer of 2020 in a moment in time where social media was bringing a lot of darkness to my life." Summer 2020...about the same time when he was seen with Sabrina. Coincidence? 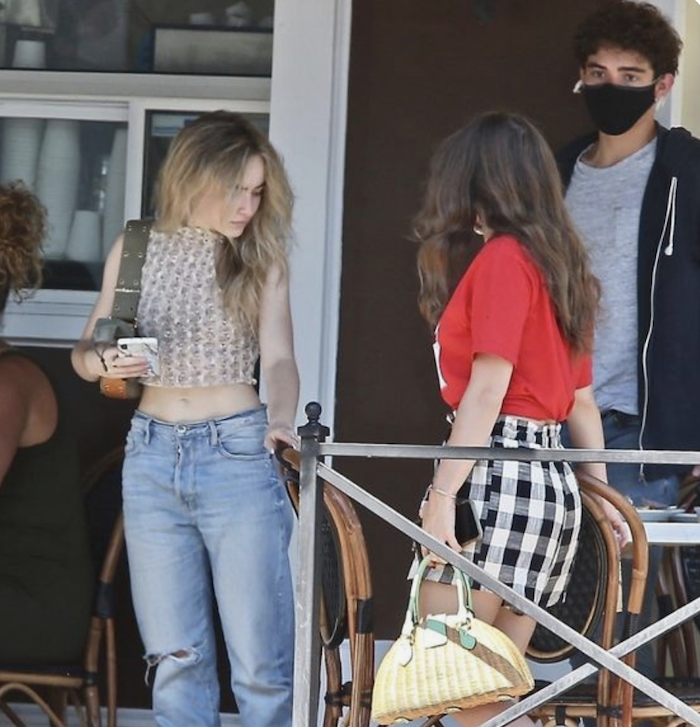 "Only a Matter of Time," like "Skin," seems to be in response to the hate Bassett and Carpenter have been recieving online for their roles in the alleged love triangle.  Though it's fun to read about the latest gossip online, it is worth remembering that these are real people with feelings and emotions. Discussing the drama in the squad groupchat is fine, but sending rude DMs or mean comments online to the people involved isn't.

Despite the origins of the song, Bassett is probs feeling good right now. He's number 33 on this week's Emerging Artists chart and "Only a Matter of Time" has 843k views on YouTube—in one day! 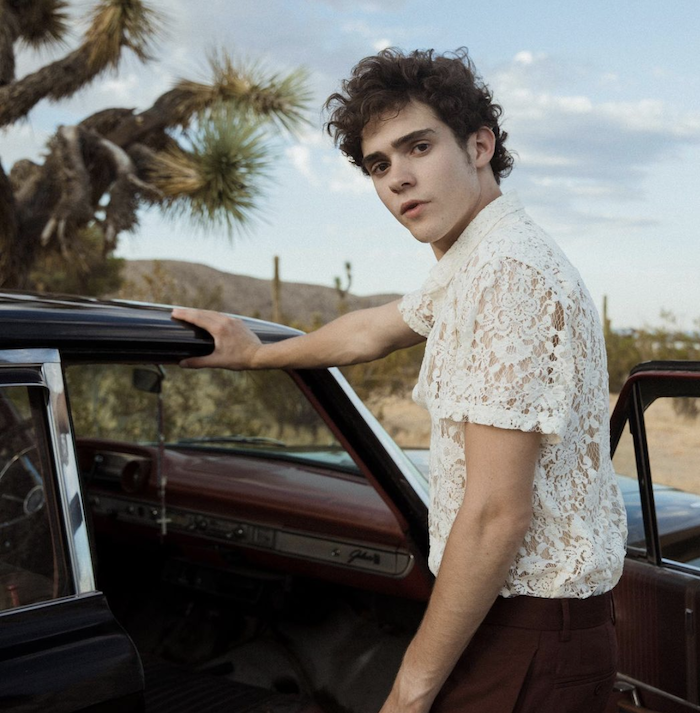 TLDR: Adding "Only a Matter of Time" to our playlists.

Which of the trios' songs do you like best? Let us know @girlslifemag, and check out our playlist with songs like "drivers license" and "Skin" here!