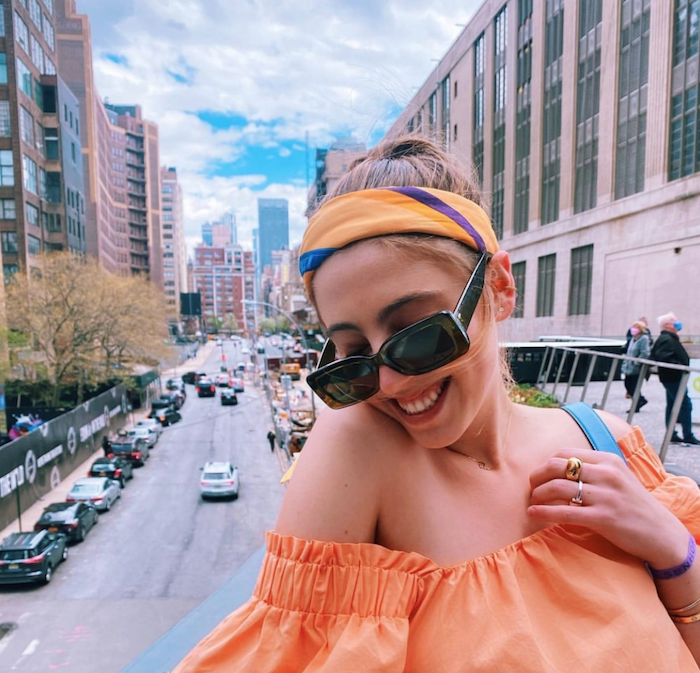 Eli Rallo is a self-proclaimed cheese queen, recent Columbia grad, creator of the TikTok famous "Jarr," and your latest obsession. At only 22 years old, she balances a full-time journalism career and teaching her 252.9K TikTok followers all about her life in NYC, her fave charcuterie board recipes, and how to love yourself.

Girls' Life: How did you get started on TikTok?

Eli: I got started on TikTok a little bit over a year ago—it was an accident. I was just fooling around and posted something randomly and it went viral. Suddenly, I had 50 thousand followers, then 100 thousand...

Eli: It's actually changed a little bit. This is the funny thing, I guess—my boyfriend makes fun of me because he's constantly saying that I need to put more thought into my TikToks instead of just taking them off the dome and posting them, but he's come to understand that my creative process is that I don't always think things through. When I do plan things out, they flop. I don't think people follow me for anything I've planned—everything is always spontaneous.

Going into a week, I'll have an idea—today, I knew I wanted to make this certain video, but now that I work full time, it's hard. I'll find maybe a couple of spare moments, maybe post two or three throughout the day and then a few at night. Currently, for example...this morning, I had to sign in to work at 9:00, got off at 6:00, went to the gym, now I'm on with you (thanks queen we're honored), I tutor at 8:15, and then I'm gonna want at least half an hour to read a book or watch TV and then maybe I'll feel like making content. Now it's hard because I have to push myself. It's a little sad because it used to not take me any energy because I was just in school ad had one class a day and the rest of my time was just making content. I have to remind myself how grateful I am for the platform and how much I do love making content. 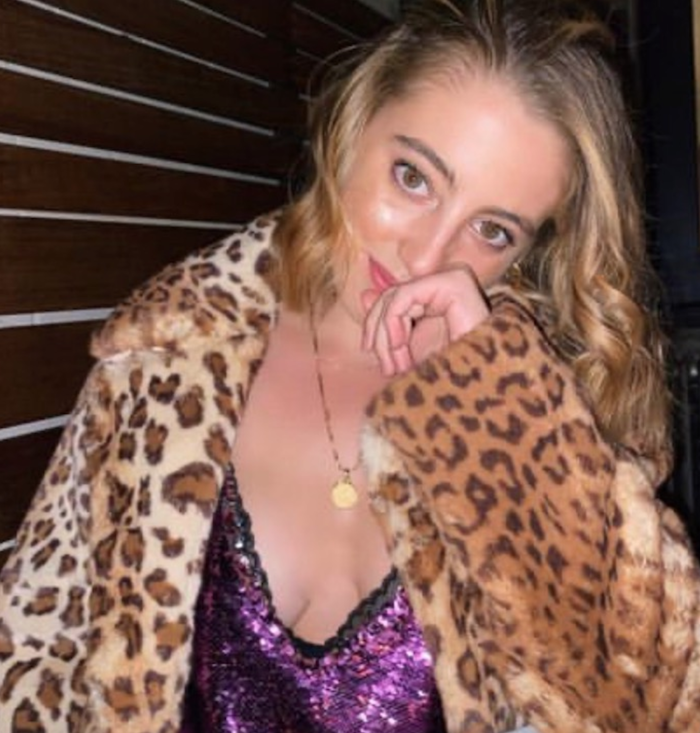 Eli: It's hard. If we look back to when it all started, the idea of these models in the '90s being rail thin and those people idolizing them, and that was before social media. Then we have the original media influencers or the Kardashians...like, that body type...we idolize body types as time changes. It's hard because even now, the body positivity movement on social media centers around a girl who still has skinny privilege. I don't think people can get it in their heads that fat isn't a bad thing.

I don't want my body to be a figure of body positivity because I do have thin privilege—and probably pretty privilege as well--so it's not helpful. What is helpful is instead of putting your body at the forefront and saying, "MY body is the body positivity movement," put your WORDS there. That's been really important to me because I've really struggled with this. Again, I don't want people to view my body as a symbol of the body positivity movement because it simply isn't accessible to some people. Some people look at me and say that my current body that's a work in progress is their goal body; everybody is different. Putting physical bodies at the forefront of it is tough. We need to be putting words at the forefront of it. I've been trying to be accessible and being truthful, too. I've had a lot of struggles and it's so important that we put our words at the forefront and not idolizing certain bodies.

Girls' Life: How do you maintain a healthy balance between your full-time job and being an influencer?

ELI: It's like anything else—I treat this like a hobby for the most part, but it's a hobby I care very deeply about and that's also lucrative. It's more than a hobby, but I couldn't sustain myself off of it by itself so I have to work, and I love my job, but it's just one of those things where it's kind of weird—it's a hard balance. 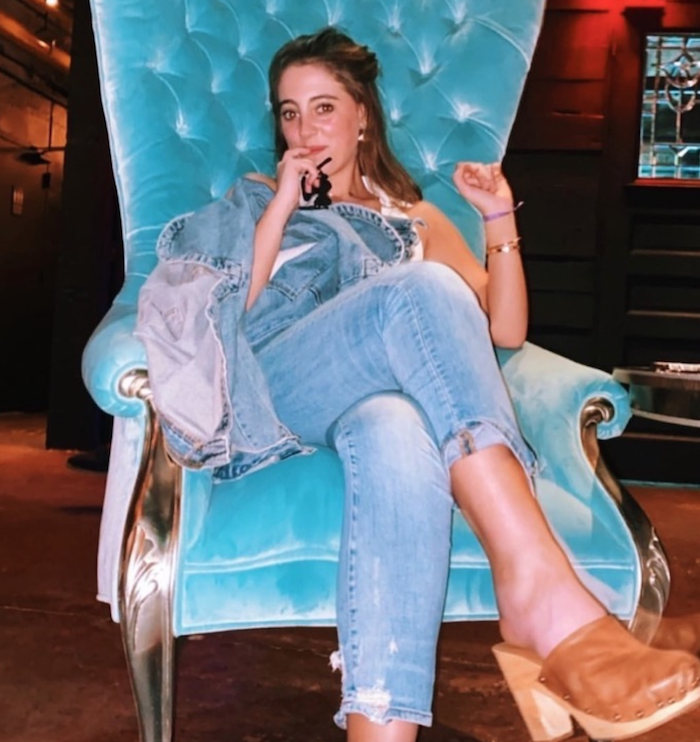 Girls' Life: What is the type of impact you're trying to make on impressionable young audiences?

Eli: I read something this one time that you only get roughly 4,500 Fridays in your life if you live to the average American lifespan. I heart that stat when I was in college and I was suffering from an eating disorder, hating my life, was in a toxic relationship...I was in this desperate chase to make everybody around me love me when first of all, I didn't even know who I was. Forget loving myself. I didn't even know who I was. Second of all, 80% of my brain space was consumed with thoughts of self-loathing or stress of how to get people to like me. Then I realized; it is SO sad—actually devastating--that I spent 80% of my day with no idea who I am and in a desperate chase to make other people love me who probably never will. I've wasted so many of my 4,500 Fridays sad And for what? What's the point?

After I realized that, I threw out my entire life mantra and adopted a new one, which is, "I don't care at all about who likes me and who doesn't." I'm just gonna be myself, and at the end of the day—I say this to people—if you're being kind to others, if you're doing your best job, and you're being kind to yourself—if people don't like you when you're doing those three things, then they don't deserve you. If you're doing those things to your fullest potential and being yourself 100%, people ARE going to like you and those people are your people. I don't care if I'm too much for someone, because I'm going to be just enough for someone else. I could never be too much for someone who can't get enough of me. It is such a waste of time and energy to care what other people think. Being that I feel like my wasted "time" was a learning experience, I hope that other people can...not waste time because I can teach them how to not. Just my words can help them be like, "OMG, I've gotta snap out of it!" 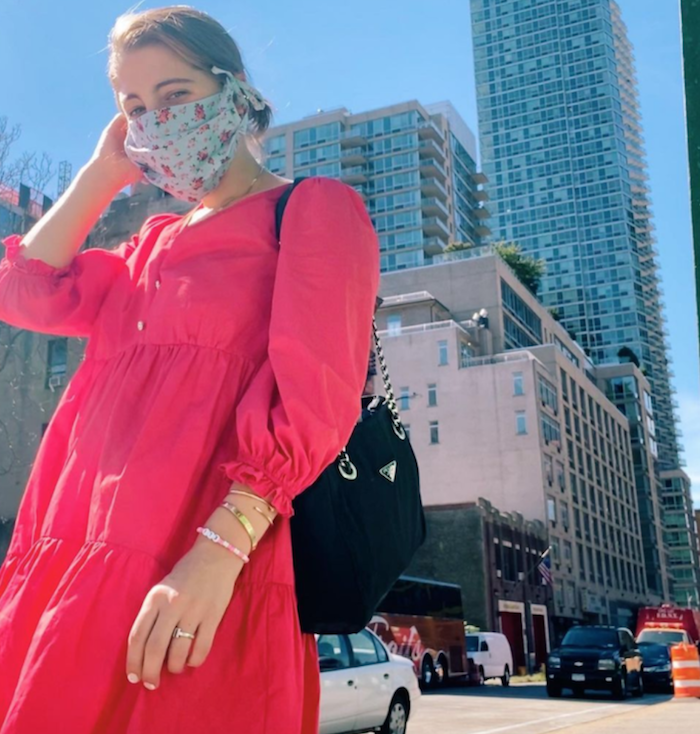 Girls' Life: Just for fun...what's your favorite *Jarr™* you've ever made?

Eli: Good question. I like making them for other people. Only a few people have ever gotten a big one from me—I've given them to two friends and my boyfriend and that's such a special thing. It takes so much time and thought...my best friend loves spicy food and cheesy snacks, but she also loves peanut butter cups, so I made her this weird...spicy, peanut-buttery mix...and it was SO her. It was personal. There are things that I would never choose to eat myself that my boyfriend loves that he wanted in his, and that's his thing! So it's special for me when I get to make them for other people. 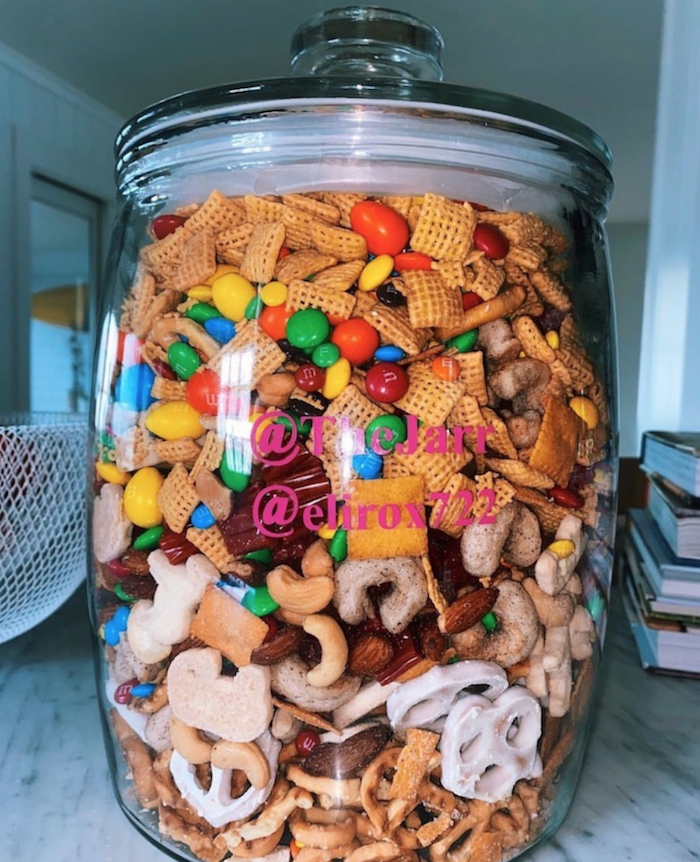 Girls' Life: What are some of your favorite things about the TikTok community?

Eli: My first thing is the mutuals. I LOVE my mutuals. The people that I've met from TikTok are the most amazing, inspiring, talented, wonderful human beings that in my wildest dreams I could never have even imagined meeting. We have an East Coast TikToker group chat that we text in a lot, and it's everything from "I got this mean comment" to "hey, can you hype up this ad I'm doing?" It's amazing to get support from people who are doing the same kind of stuff. Beyond that, TikTok can be an amazing hotbed for information—and also misinformation, definitely watch out for that side of things. I've learned so much about myself, the world, skincare products...I love TikTok. TikTok till I die.