Everything you need to know about Kacey Fifield's new single "Ghost" 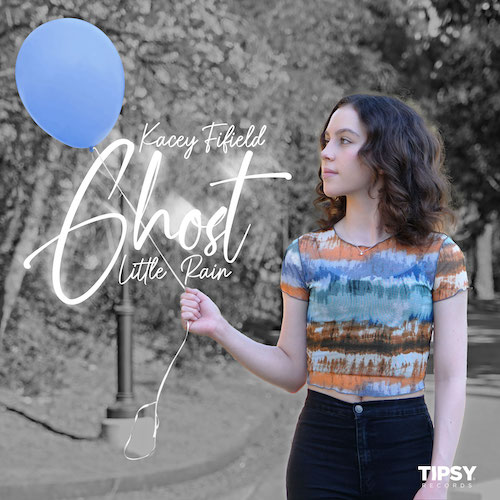 Kacey Fifield is an amazing singer and songwriter (at just 16 years old), and she's back again with a new single titled "Ghost".

Written by Kacey alongsiide Robbie Rosen, the song explores the challenges of moving on from a past friendship or relationship and being haunted by the memories of that person (Relatable? Yep). Kacey spilled all the tea on her latest track, including the message behind the song, her songwriting process and so much more!

Girls' Life: What was the inspiration behind your song "Ghost"?

Kacey Fifield: "Ghost" is based on the feeling that ensues following a broken bond/lost relationship, with memories seeming to "haunt" you at every corner. It's a very metaphorical song, inspired by the idea of being "ghosted". The song digs deeper into the heartache and melancholy emotions that occur when you're reminded of memories you had with a person who isn't there for you anymore.

GL: What is your songwriting process like, and how has that changed since you were a kid?

Kacey: I typically start off with a phrase or word that comes to me as inspiration. Sometimes, I even just randomly think of a chorus while brushing my teeth or going on a walk. From there, I work with my producers to create an actual song with a backing track and full lyrics. After everything is perfected, I record my vocals in the studio! This process actually hasn't changed too much over the years. While I've certainly matured in terms of my lyrics and song content, the process itself has always been me starting out with a central idea and building upon it to write a song.

GL: What message do you want to tell your listeners with "Ghost"?

Kacey: I want listeners to be able to feel heard if they've had a similar experience to the one described in the song, and to know that it's okay to feel nostalgic about memories with someone who they may not be close to anymore. It's important to focus on the good memories rather than getting caught up in the bad ones.

GL: What has it been like balancing both making music and acting?

Kacey:  It's honestly been amazing; I love both so much! Whenever auditions for acting projects are slow, I can focus on songwriting or vice versa. I pride myself on being able to manage my time, so I'm usually able to avoid feeling overwhelmed.

GL: What artists inspire you when making music?

Kacey: Taylor Swift has always been such a huge inspiration to me; she's incredibly talented and such a bright spirit! I recently have started to love Conan Gray as well, so his songs certainly inspire me too.

GL: How would you go about getting over a "Ghost"?

Kacey: Time will help heal any wounds caused by losing a close friend/relationship, but it's important to surround yourself with people you trust! Don't look back on old memories with spite, but rather appreciate the good times that you may have shared with that person.

Be sure to stream "Ghost" on all platforms August 13!

Are you just as obsessed with "Ghost" as we are? Let us know @girlslifemag!