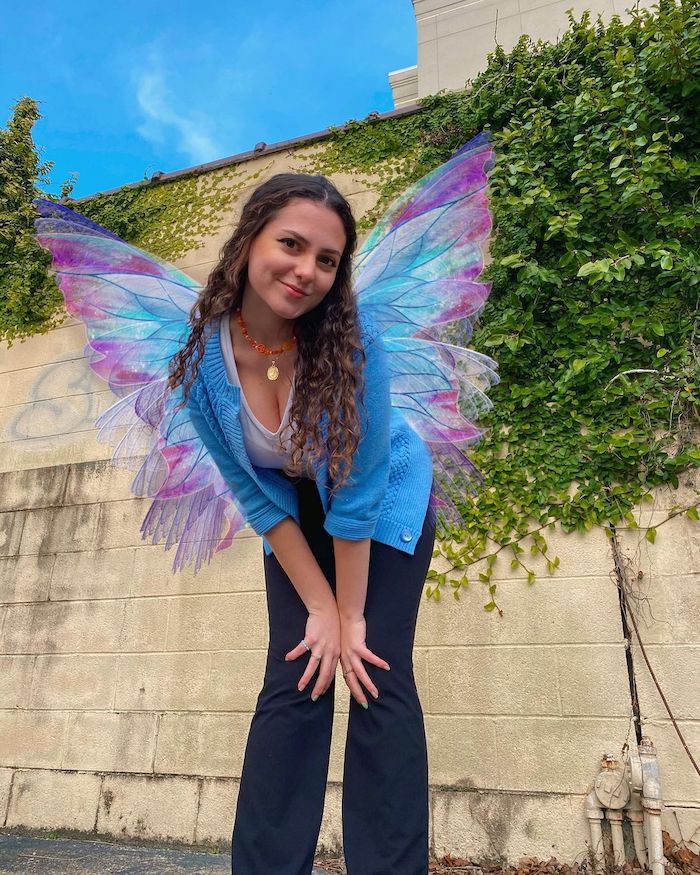 Is there any better way to kick back and relax than watching comedy TikTok?! We're obsessed with these passionate and hilarious creators who dedicate their time to making us crack up.

We talked to TikToker Hannah Montoya—who's built a following of 4M+ for her creative characters and commentary on everyday school and social sitches—about *everything* that goes into her relatable TikTok presence (and so much more)...

GL: How'd you start your TikTok?

Hannah: I got really active TikTok during the quarantine. I just loved the comedy aspects of it. I saw a bunch of POV videos and was like, this is hilarious, I love it. I've always been super into sketch writing and comedy and acting so it was the perfect outlet. Almost too good to be true.

I started writing [POVs] just to get it out of my system as an outlet—and it ended up doing well, which blew my mind. One of my videos popped off and I screamed. Like, I was freaking out. Since then I've just met really cool people through [TikTok] and reached an insanely awesome audience. It's changed my life for sure.

Hannah: Definitely the amount of people I've met. I feel like my followers are so uplifting and so supportive and so sweet. It came at such a good time. I was feeling really down for a while and it helped me so much with my mental health and my confidence.

GL: And what's the biggest drawback?

Hannah: I remember, starting out, I was terrified of people I knew in real life—from my high school or my college—seeing my videos. I was so scared because it felt like an awkward thing to do. But I've always wanted to do social media. I got to a point where I was like, you know what, I'm just going to do it and see what happens. But it's definitely still awkward every once in a while when people from school are like, "Oh, just so you know, I've been seeing your videos." Being perceived in that way sometimes is scary.

GL: What's your process for creating a comedy POV?

Hannah: I take a lot of inspiration from pretty much everybody that I meet. Most of my videos are from situations in real life that annoy me or kind of get on my nerves. So, in a way, it's coping with that and adding humor, which is my favorite thing to do.

When I find the idea I'll map out a character and write it down—I go grab Starbucks or something because I am fueled by it—but then I'll just work on that skit for a little bit. And then I'll probably record it by the next day.

GL: How long does it take to record your TikToks?

Hannah: It varies a lot. Sometimes it'll come naturally and it'll only take, like, half an hour start to finish. But there have been times where I'll dress up as, like, seven characters and it'll end up taking hours. Or I'll completely trash my idea in the middle of the video and be like, OMG, this isn't working today.

GL: How do you get to the point of deciding to hit post?

Hannah: Lately, I've been way more particular about I post. Writing the script takes the longest out of the whole process, so if I decide I don't like the script, I don't really want to post it. I've been posting less—but more quality content. Before I used to just be, like, quantity over quality, but I definitely switched that because I don't like putting out videos that don't make me [feel] as proud or happy.

GL: Best advice for anyone hoping to start a comedy TikTok?

Hannah: Find humor in people when you play your characters. And be yourself—I know everyone says it, but it's so true. Genuinely go for it. It's the best thing you can do for yourself—I thought about wanting to do social media for years but I was too nervous, and my biggest regret is not doing it sooner. So just go for it. 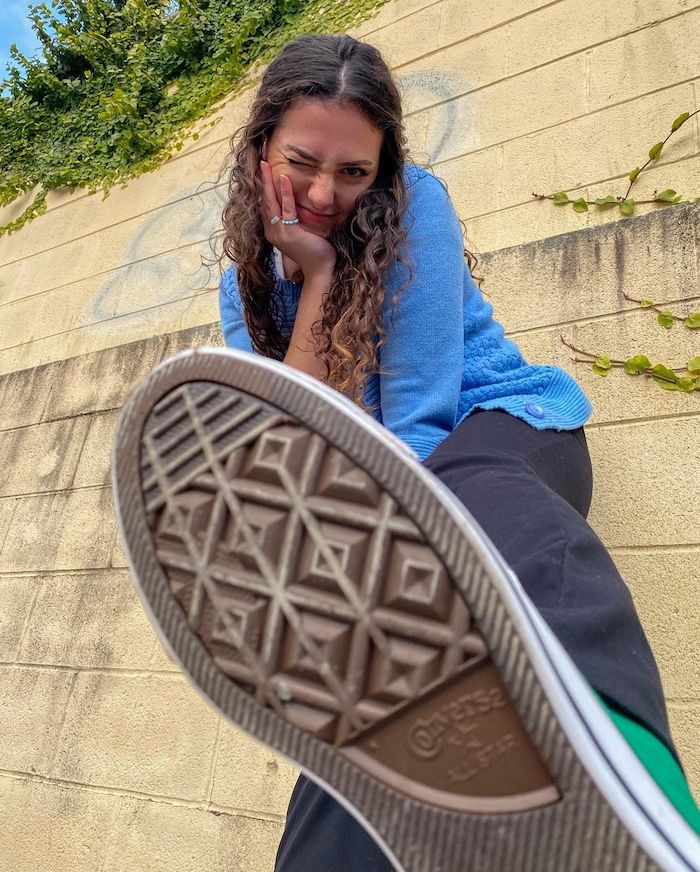 Images: instagram.com/hannah.montoya. Parts of this interview were edited and condensed for clarity.