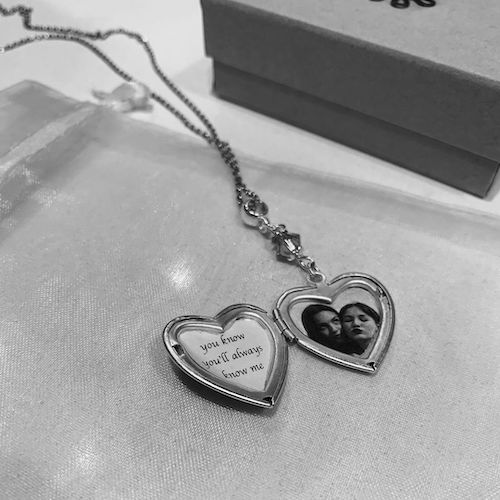 If there is anything we have learned from Olivia Rodrigo, it's that friends are *forever* and boys come and go. Olivia is never without a friend by her side. She holds them close to her, especially her BFF, Iris Apatow. The two are known for their love of the Twilight series, as well as having the *sweetest* friendship. Behind every powerful woman are her besties cheering her on! Here are 4 moments that were ~absolutely~ BFF goals. 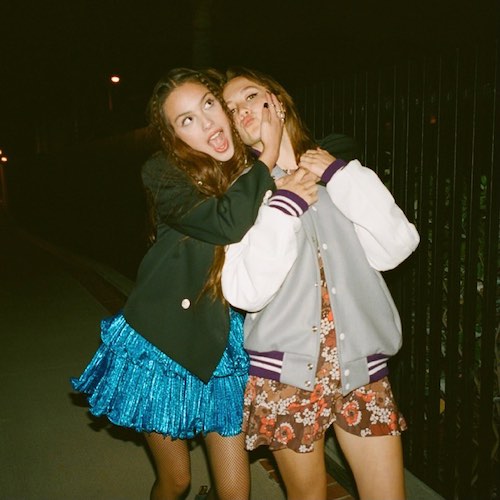 Not only were Olivia's friends supporting her on the sidelines of the Sour Prom Concert Film, but they were *totally* involved too. Olivia brought a few friends, including Iris Apatow, onto the set in the last scene after good 4 u. Iris was decked out in Sour merch and smiling brightly. It's clear it was a proud BFF moment for her. 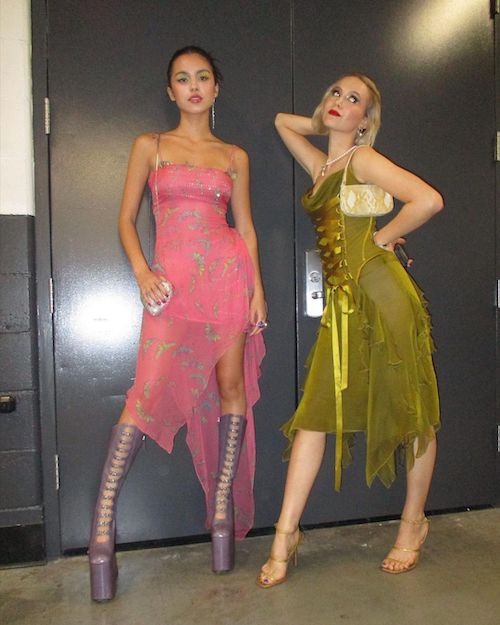 It's not every day that your bestie is nominated for *six* awards at the VMAs. Iris Apatow was Olivia's guest at the award show. The crowd roared when Olivia won *three* awards. (Including Best New Artist!) But, the person cheering the loudest for her was Iris. They had the most fabulous looks at the after-parties, both in vintage dresses. 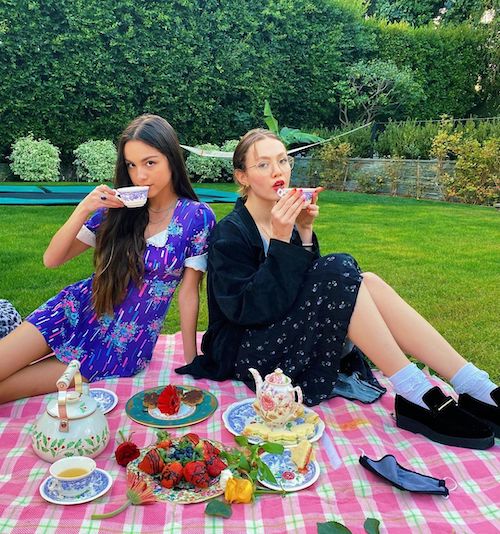 Even without all the glitz and glamour, the best friends are still bringing the party with them—even if that is just a tea party. Heart-shaped sandwiches and chocolate-covered strawberries, what more could you want? Layed out with a pink plaid blanket, there is an array of sweet treats and teapots. Some *perfect* picnic inspo for any BFFs to recreate! 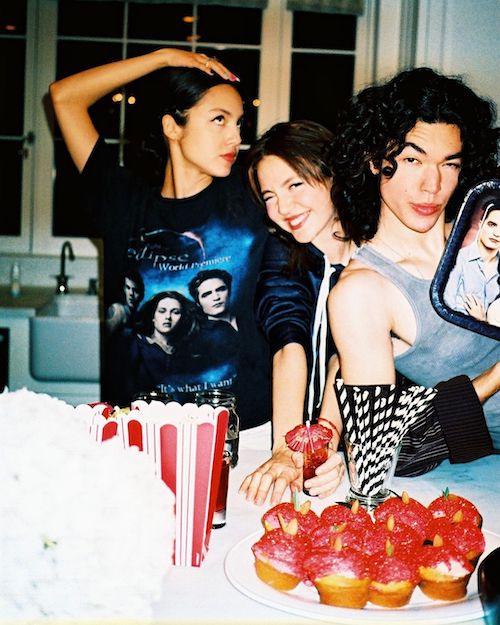 A perfect way to finish out your day is with popcorn, cupcakes and your fave film. For Olivia and Iris, this would be Twilight. The two are known for being huge fans of the film and book series, so it makes *total* sense why they would have a BFF Twilight movie night. Olivia is even wearing a Twilight shirt that was gifted by Iris. (How can we get a perfect friendship like that?)

Which was your fave moment between Olivia and Iris? Let us know on Twitter @girlslifemag!