Everything you need to know about Japanese-British singer Rina Sawayama 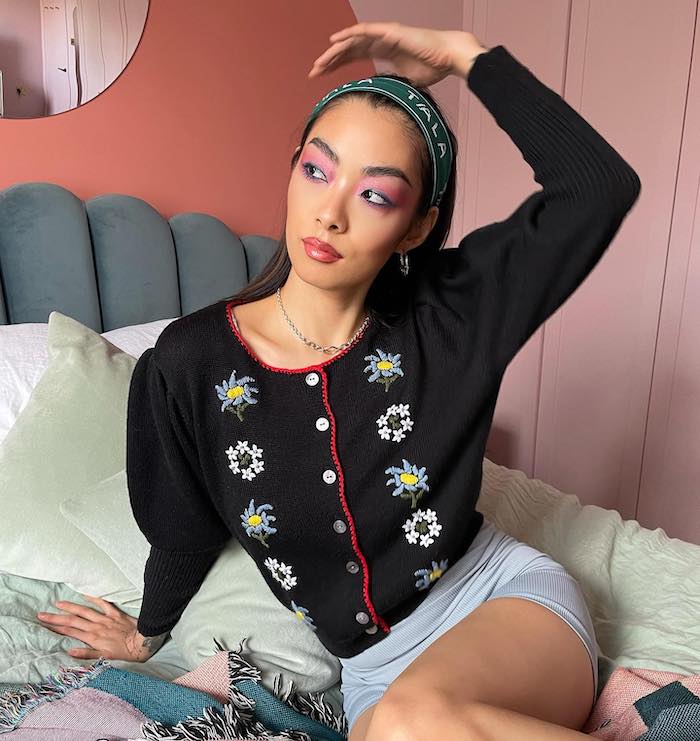 If you haven't heard of Rina Sawayama, she needs to be on your radar rn. As a multitalented singer-songwriter and creative visionary, Rina has established herself as a star—and she's here to stay. Whether you've never listened to her music or you know all the words to "XS," here's everything you should know about the pop sensation.

She was born in Japan, but raised in London

Rina was born in Niigata, Japan and lived there until she was five years old. She now resides in London, England where her family raised her. Rina references her Japanese cultural heritage in songs like "Tokyo Love Hotel" and "Akasaka Sad"—but her British nationality is just as important to her identity.

In 2020, Rina spoke out about being ineligible for a nomination from major British music awards simply because she doesn't hold British citizenship, despite being a resident of the UK for most of her life. Trending #SAWAYAMAISBRITISH on Twitter, Rina helped spark an incredibly important conversation about exclusory award eligibility criteria; the BRIT Awards and Mercury Prize ended up changing their rules to include UK residents of at least five years, even without British citizenship.

Rina's discography not only offers certified *bops*, but also unique insights into the current state of the world. "XS" critiques the exploitative culture of overconsumption that's created by late-stage capitalism. "STFU!" calls out the racist microagressions she's faced as an Asian woman. "Cyber Stockholm Syndrome" and "Where U Are" comment on what it's like to live in a digitally-driven world.

Her music is also deeply personal to her life. Rina proudly proclaims her pansexual identity in "Cherry" and sings for the LGBTQIA+ community in "Chosen Family." "Dynasty" speaks about intergenerational pain and her family issues. "Love Me 4 Me" comes to terms with the difficulty of self love. Each of Rina's songs is an introspective look into how she sees the world.

Once you've seen a Rina Sawayama music video, your life will never be the same. Rina is known for her unique makeup, styling and music video concepts—she certainly doesn't follow the mainstream. From the beautiful interpretive dance featured in "Cherry" to the film noir style of "Bad Friend," Rina will blow you away with every. single. music video. No two videos are alike, but one thing stays the same: her unbelievably innovative and creative vision.

She also models and acts

Did we mention that singing and songwriting aren't her *only* talents? In her modeling career, Rina was chosen for the Versus Versace fall-winter 2017 campaign and walked the runway for Balmain in 2021, among other impressive modeling and endorsement achievements. Additionally, it was announced in 2021 that Rina would be making her feature-film debut in John Wick: Chapter 4 alongside Keanu Reeves. Seriously, what *can't* she do?

Her collabs with other *super* cool people

Rina has received praise and friendship from Elton John—yes, the Elton John. He named her 2020 album, SAWAYAMA, his "favorite album of the year." Since then, Rina released a duet version of "Chosen Family" with Elton John, which was also featured on his album The Lockdown Sessions. Along with other *amazing* artists like Lady Gaga and Bree Runway, Rina also recently collabed with Charli XCX for a single titled "Beg For You." One word: iconic.