RenForShort is the alt-pop queen you *need* to know 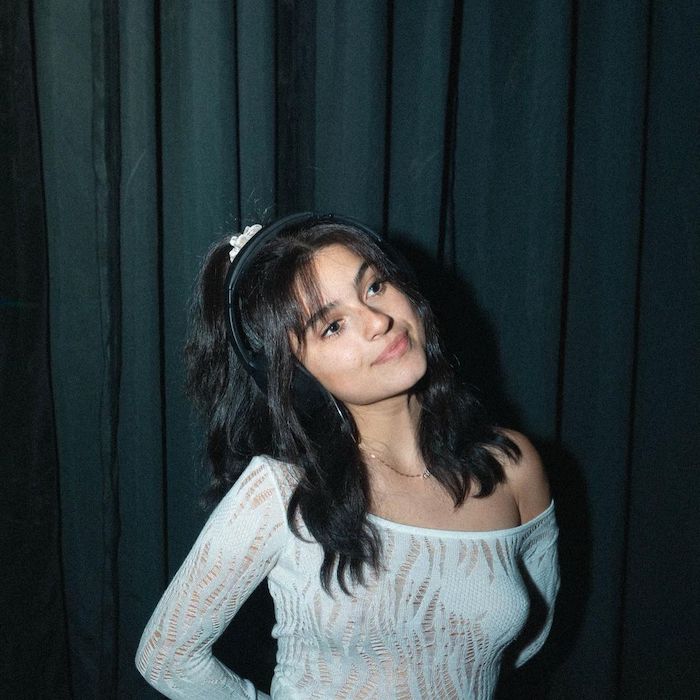 Trying to level up your playlist with upbeat bops? RenForShort is sure to be your newest obsession. While comparable to pop-punk icons like Avril Lavigne, Lauren Isenberg (AKA RenForShort) is totally paving her own way in the music industry.

At just 20 years old, Lauren already has two EPs and one album under her belt. After an early start working on music in her home city Toronto, Lauren decided music was *definitely* for her after performing at open mic nights.

In 2019, she released her first single, "Waves." But it wasn't until her next release, "Mind Games," that she found herself in the spotlight. Her song even was nominated for a Canadian Songwriting Prize. Major label Geffen Records signed her shortly after, and Lauren put out her first EP, Teenage Angst, in March 2020.

The most popular song off the debut EP, "i drive me mad," deals with topics of anxiety and other mental health issues. Some standout lyrics from the song are: "I drive me mad / I know it's stupid / It's just hard being human." Lauren has been on the frontlines of discussing mental illnesses in music.

Lauren tells Alt Press, "I put a lot of stress on myself because I'm not good at communicating my feelings outside of music and tend to bottle them up until I'm at my breaking point."

Although it was difficult to promote music at the height of COVID-19, Lauren continued to write throughout the pandemic. Her sophomore EP, off saint dominque, released in 2021 through Interscope Records (the same label as Olivia Rodrigo and other popular artists, btw). The EP gathered millions of streams across all platforms.

On July 8th, 2022, her debut album, dear amelia, was released. Lauren wrote about similar topics of mental health and relationships as she did in her previous works. "Amelia" is a fictionalized person who is a symbolic character for Lauren's emotions.

An exceptional song from the record, "Julian, king of manhattan," is about Julian Casablancas, lead vocalist in the American rock band The Strokes, from whom Lauren took inspiration while creating the album. She wrote the song out of respect and admiration but with an understanding that the song is only a fantasy of friendship.

The alt-pop princess is embarking on a headlining tour this fall. But despite the millions of streams, her relatability stays. It's easy to connect to artists through their vulnerable songwriting, but when it comes to RenForShort, she'll feel like your best friend. And it won't seem strange to turn to her music when you need a shoulder to cry on.