*Everything* we love about Taylor Swift's new album

Unless you've been living on a whole other planet, you've probably heard all the hype about Midnights, Taylor Swift's 10th studio album. Lucky for you, we're here to break down everything we loved about release week for our fellow Swifties...

As of Aug. 28, Taylor officially stepped into her newest era: one of royal blue velvet, shimmering metallics, '70s makeup and...clocks. With the announcement of Midnights came a wave of excitement from fans—it was Taylor's first new album since Evermore in 2020 (unless you include her Fearless and Red re-releases last year, that is). Surprisingly, Swifties warped with anticipation did not have to wait long for more insight into the mysterious Midnights album. In a TikTok post last month, Ms. Swift admitted to having "a habit of dropping cryptic clues", but said she going "to defy that." After that first post in the series, called "Midnights Mayhem with Me" (MMwM for short), she proceeded to release the album's entire tracklist with the help of her handy bingo ball machine. 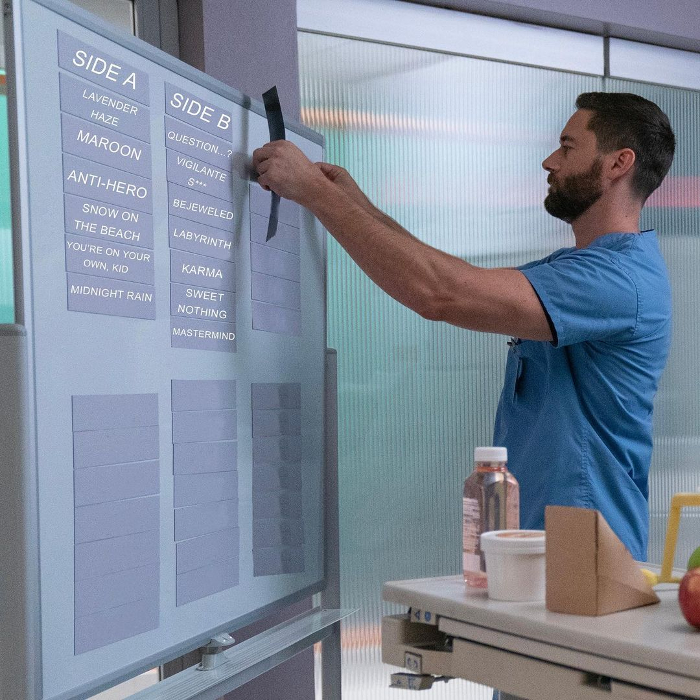 So now you know the basics, let's move on to the important thing: the album's contents. As we said, Taylor sporadically revealed the tracklist through MMwM until all thirteen (yes, we said thirteen) song titles were posted. Here's the full list: Yes, you read that correctly: None other than the sad-girl queen Lana Del Rey was featured on track 4 of Midnights! Both artists have worked with producer Jack Antonoff on their respective albums, and their friendship dates back years. The announcement of a collab between the two singers certainly shook the internet, with Taylor and Lana fans alike freaking out. Speaking about Lana in a recent Instagram vid, Taylor said she "absolutely love[s] her" and that "Snow on the Beach" is about "falling in love with someone at the same time they're falling in love with you." And we have to say that we're pretty big fans of this ethereal track.

Taylor already released two (yep, we said two!) music videos for the Midnights era. From the '70s-themed "Anti-Hero" masterpiece (which is basically a montage of Taylor's deepest insecurities—casual, we know) to the star-studded fairytale "Bejeweled" (peep Laura Dern *and* the Haim sisters), we're obsessed with the cinematic spin of this album.

The songs off Midnights give us an honest look into Taylor's introspective lense; whether it be her 6-year relationship with Joe Alwyn in "Lavender Haze" or dealing with insecurities in "Anti-Hero", she seems to be bringing all the honesty (and the drama, looking at you "Karma"). No matter what, we're excited to be in a new era with Taylor, so grab the waterproof mascara and stream Midnights on repeat!

Find a "Wonderland" of more Midnights and music content this way: