Yup, we're even *more* obsessed with Jordyn Curet after this nothing-is-off-limits Q&A sesh 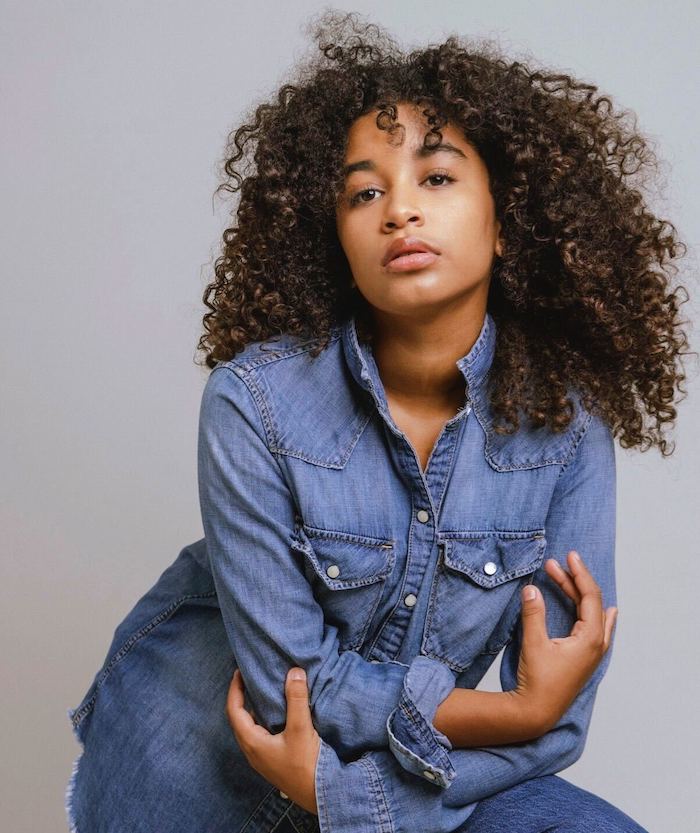 You probably know the 14-year-old actor best as the outgoing Shamiah on Home Economics and as Rosemary on HBO Max's Holiday Harmony. But do you know who she's currently obsessing over and the TikTok videos that make her tear up every time?

Girls' Life: Fans of Home Economics might not realize that, just like your character Shamiah, you're adopted. What's it like playing a character who shares such a personal part of your own story?
Jordyn Curet: I'm very grateful that I get to play someone who has a similar experience to mine. Even though my mom has always been open about the fact that I'm adopted, I never really talk about it unless asked. But now, I've noticed that a lot more people have been coming out with their adoption stories—and I didn't even know they were adopted. It's very cool, because for a long time I felt like I was the only one.

You showed off your musical talent a little in Holiday Harmony. Are you planning to pursue music more in the future or just focus on acting?
JC: Songwriting and singing is something I've always really enjoyed doing. I wrote my first song when I was 7. It's called "Lift Me Up" and has an anti-bullying message. So I do hope to pursue music. I admire Zendaya a lot—she's an actor full time and does singing on the side. I feel like that's probably gonna be like me.

Zendaya is just everything.
JC: I know! I've looked up to her ever since I was, like, 6 years old. I thought it was so cool to see someone who looks like me on the big screen. And she's drop dead gorgeous and extremely talented. Oh, and I also ship her and Tom Holland. I love them as a couple. They're just so cute together.

If you had to describe yourself in just three words, what would they be?
JC: Outgoing, optimistic and carefree.

Good ones. OK, now if your bestie had to describe you in just three words, what would those be?
JC: Oh, very sensitive for sure. What else though...I guess smart and kind.

What are you most sensitive about?
JC: Sad TikTok videos. They make me cry! It's probably kind of funny to watch me cry over TikTok videos, but it happens. Dogs spending their last day with their owner? That's so sad. Gets me every time.

What's the emoji that best describes you?
JC: 🤭 because I actually do that. I literally cover my face like that when I'm laughing. Oh, and now I'm doing it talking about it!

Check out these other celeb interviews...
💫 5 Questions for Avatar: The Way of Water Star Trinity Jo-Li Bliss
💫 Everything you need to know about singer-songwriter Lauren Spencer Smith
💫 RenForShort is the alt-pop queen you *need* to know

Hey, girl! Just wanted to let you know that this story originally ran in our February/March 2023 issue. Want more? Read the print mag for free *today* when you click HERE.