One of our fave Disney shows has finally made its transformation into a full-blown movie. Hannah Montana: The Movie hit theaters this past Friday and it appears that Miley is not only the queen of TV, but that of the silver screen, too. According to reports, the flick topped the box office this weekend, raking in an estimated $34 million, with the $17.3 million received on opening day ticket sales alone breaking a box office record for a G-rated live-action film. Wowzers!

Did you see the movie? If so, what did you think of it?

In other Miley news…
The teen sensation was recently spotted with old flame Nick Jonas. And it looks like the pair stirred up some trouble. Reports claim the two lunched together this past Saturday and as they left the restaurant, Nick, who was driving, got into a little fender bender with another car.

What do you think the duo talked about over lunch? Do you think a rekindled romance is in the works? Blog about it, babes. 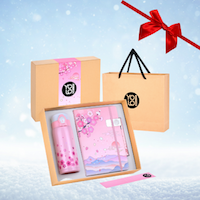