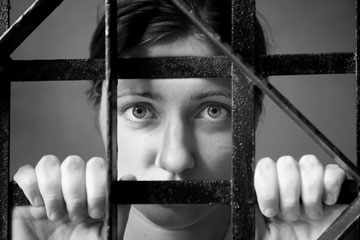 Over the last few months, as more and more LGBTQ—lesbian, gay, bisexual, transgender, questioning—youth came forward to shed light on their experiences being bullied and singled out for their sexual identity, the public pointed the finger largely at their peers. A recent study by Yale University researchers, however, shows that notoriously nasty teens aren’t the only ones to blame.

According to the survey, which followed nearly 15,000 teens through middle and high school, those who identified as lesbian, gay or bisexual were more frequently punished than their “straight” peers. Even though LGB youth statistically engage in fewer violent acts, they are 40 percent more likely than other teens to be singled out by school authorities, police and the courts.

Girls bear the brunt of this treatment. Whether they identify as lesbian or bisexual, they seem to be called out for punishment—and punished more severely—than straight females who exhibit the same behavior.

This study is the first time we’ve ever had statistical evidence that the authority figures who ought to be protecting struggling and often victimized tweens and teens are actually punishing them simply because of their sexuality.

What can you do?

- Stop the bullying. If you see others bullying anyone, LGBTQ or not, take a stand.
- Be a friend. Now more than ever, bullied tweens and teens need the support of their peers as they affirm their identities, whatever they may be. Whether or not you agree with their choices, you can always be a friend.
- Report bad behavior. Whether it’s the class bully or your science teacher, no one should get away with picking on someone else. Snide remarks, emotional and physical harassment and abuse—it should all be reported. Talk to a school counselor or your principal. If they won’t listen, talk to your parents and go public about the bullying and unequal treatment.
- Raise awareness. Start a Gay-Straight alliance at your school, or join one already in operation.
What do you think of the findings of this new study, girls?

POSTED IN sexuality, identity, In the News