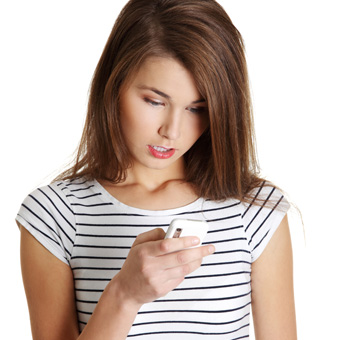 Tweens ‘n’ teens, rejoice! According to a new study, sexting isn’t nearly as prevalent as was reported earlier this year. According to new data, only 1 percent of kids aged 10 to 17 have ever shared explicit images of themselves or other people. If Mom and Dad snagged your smartphone, it might just be time to ask for it back.

Previous studies reported that as many as one in every five youths participated in sexting. While we’re glad that number may now be debunked, we’ve gotta admit we’re a little dubious of this 1 percent stat. Why? Well, this new study only took into consideration explicit photographs, not texts—and isn’t that sort of what sexting is?

How do you define sexting, sweeties? Talk it out!

» How to pick the perfect present

POSTED IN In the News, social media, gadgets, texting,