Who run the world? Girls (and tampons)! 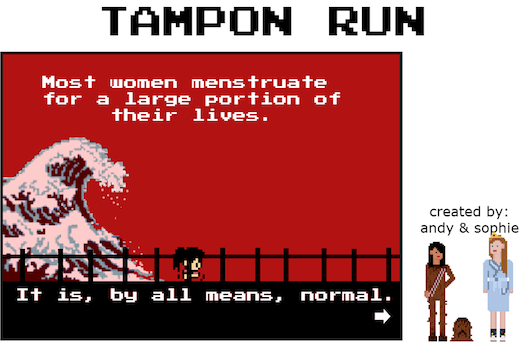 What happens when a bunch of tech-savvy girlies get together? A lot of cool stuff.

Girls Who Code is a super amazing organization that encourages girls from all over to bridge the gender gap in the engineering and tech worlds to prove that anything boys can do, girls can do too (and in some cases, do it better… and in heels!).

When Andrea G. and Sophie H., two high school students from New York, met at a Girls Who Code program this summer, they came up with an idea to revolutionize how we think about tampons and our time of the month.

How they’d do this? A super accessible and fun game that proves a great point: Since periods are natural, why are they a taboo subject?

In their game Tampon Run, you play as a girl who shoots tampons at her enemies instead of a gun. The idea behind this is explained in the game intro:

“The taboo that surrounds [menstruation] teaches women that a normal and natural bodily is embarrassing and crude. Tampon Run is a way of discussing that taboo in an accessible way. Instead of holding a gun, the runner holds tampons, and instead of shooting gun, the runner throws tampons at them."

The game is simple to get the hang of and pretty fun. Check it out here.

POSTED IN period 101, tampons, In the News 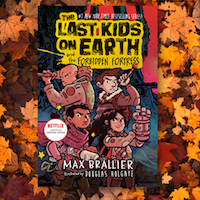